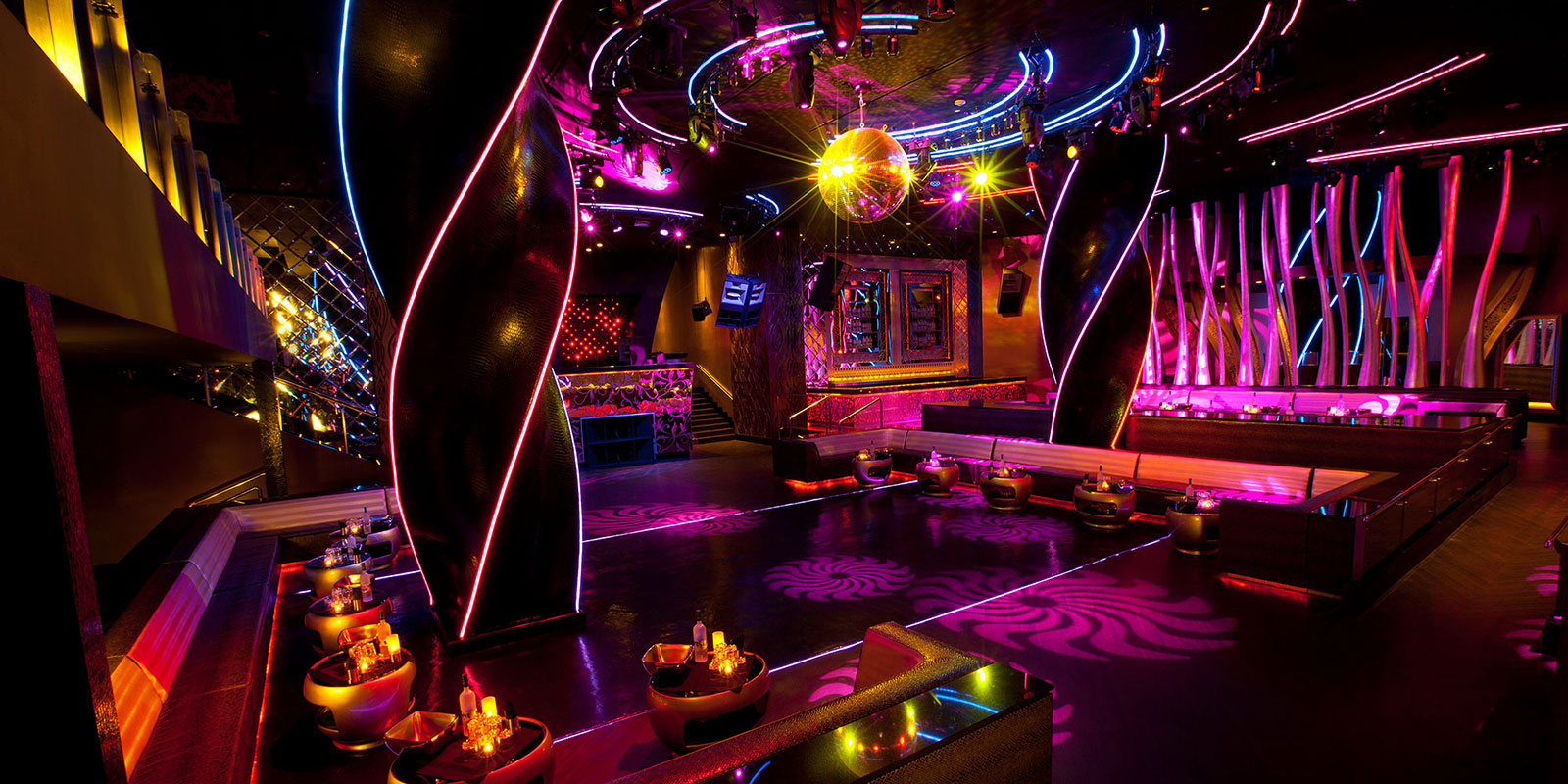 "This is fantastic," Erick Morillo grins as he surveys the room from the elevated DJ booth, which he'll take command of in less than 24 hours. We're Stephen Liebermanstanding in ORO, inside the casino of the Hard Rock Hotel and Resort in Punta Cana in the Dominican Republic, and it's the night before the grand opening bash. Dave Grutman, owner and operator of ORO, is floating around, showing us the various focal points of the room.

Among the more noteworthy highlights: (faux) alligator skin wrapped around twisting columns more than 20-feet tall, the enormous light-emitting-diode (LED) wall behind the terrace level, the encased backlit gogo-dancer booth floating above the bar on a side wall, and the sheer size of the space: 12,000 square feet.

"There's nothing else like this down here," beams Joe Lopez, ORO's Director of Operations.

Ready for the opening weekend are top-tier DJ talent (Morillo the first night and Cedric Gervais and DJ Vice the next eve), a cavorting crew of leggy models comprising the image team, and a heap of sun-drenched tourists and locals eager for their first taste of the place. Since the venue is Grutman's baby, it feels similar to his other successes (LIV, Arkadia and LIV at Sunlife Stadium, all in Miami). Perhaps that's because he is tapping the same designers and manufacturers who helped propel those venues to domination.

Funktion One brought in a peerless sound system, which sounds remarkably clear and crisp at full tilt, evidenced when Morillo cranks it up during our walkthrough. And Stephen Lieberman, president of SJ Lighting, has conceptualized and installed a $4 million lighting system, one that leaves mouths agape when activated.

Lieberman is standing behind a practicing team of technicians, guiding them through the process learning of manning the Grand MA mixers and the other control panels, when he mentions that "none of these techs speak English. But that's okay. I install the same system in every one of my clubs, and it's so easy a person off the street could be trained to run one in about 30 minutes." His words ring very true. Twenty minutes later – after one dazzling series of patterns, lasers and strobes pop off – it's courtesy of one of the newbies, standing in front of a proud Lieberman.

It wasn't the easiest path to completion. All involved in the project will admit to a number of uphill battles that had to be fought to replicate the same level of detail and service that helped make Grutman's other venues world class.

"We had to really focus on sequence of bottle presentation and pouring because that was completely new to Dominican servers," Grutman offers as an example. Lopez adds that it was hard to even find the right servers. "In the DR, being a waiter is looked down upon by women as an undesirable job, so many of the staff in most bars and clubs around the island are men. We had to convince girls that this would be a great job and a good thing."

As for who'll fill the club, Lopez says that while it will predominately be tourists staying at the all-inclusive resort, some locals will get into the mix. "I'm going to start an industry night here, which is something they don't have on the island," he shares. "We think it will do quite well, and we'll drop the prices for them." The pricing model may be the only tough spot on ORO's horizons.

Considering the Hard Rock is an all-inclusive resort of which ORO is not a part, guests will have to pay cover for admission (sometimes upwards of $60 per person) and then purchase their drinks or a table additionally. In a place designed to let you leave your wallet in the room (even tipping is covered), it may be a tough sell to get patrons willing to hand over their plastic.

But Grutman's got a plan. "We're two hours from Miami, so my bigger clients will be willing to make a quick jump over here, and the level of talent we'll be bringing to the DJ booth will mean we'll have plenty of draw to market with," he explains.

Sure enough, the following night, the masses stream through the glass doors in droves, decked to the nines and ready to rage. When Morillo finally takes the stage, the sea of people below awaiting his tracks have the energy of a crowd twice their number. The flashing lights, the thunderous sound and the sporadic staccato blasts of carbon dioxide from Kryogenifex's cannons and hand-held guns (a system Grutman loves to implement) all combine for a fantastic night.

Even the little tchotchkes that Miami and Las Vegas club crowds love are present, namely the branded sunglasses.

"These are the best," Cedric Gervais says, twirling a pair emblazoned with his name. Why? "All the people put them on immediately and then take pictures and post on Facebook or Twitter, then the club's name – and the DJs – is out there everywhere. Give someone a T-shirt and they'll throw it away or just save it to wear to the gym. But with shades, you go viral instantly. Best money you can ever spend right here," the French DJ surmises.

Watching the crowd do just that – taking silly pictures of themselves in the neon specs before uploading to the Internet – it likely won't be too long before ORO's reputation lives up to the roots of its name: gold.