How to Properly Layer Your Lighting 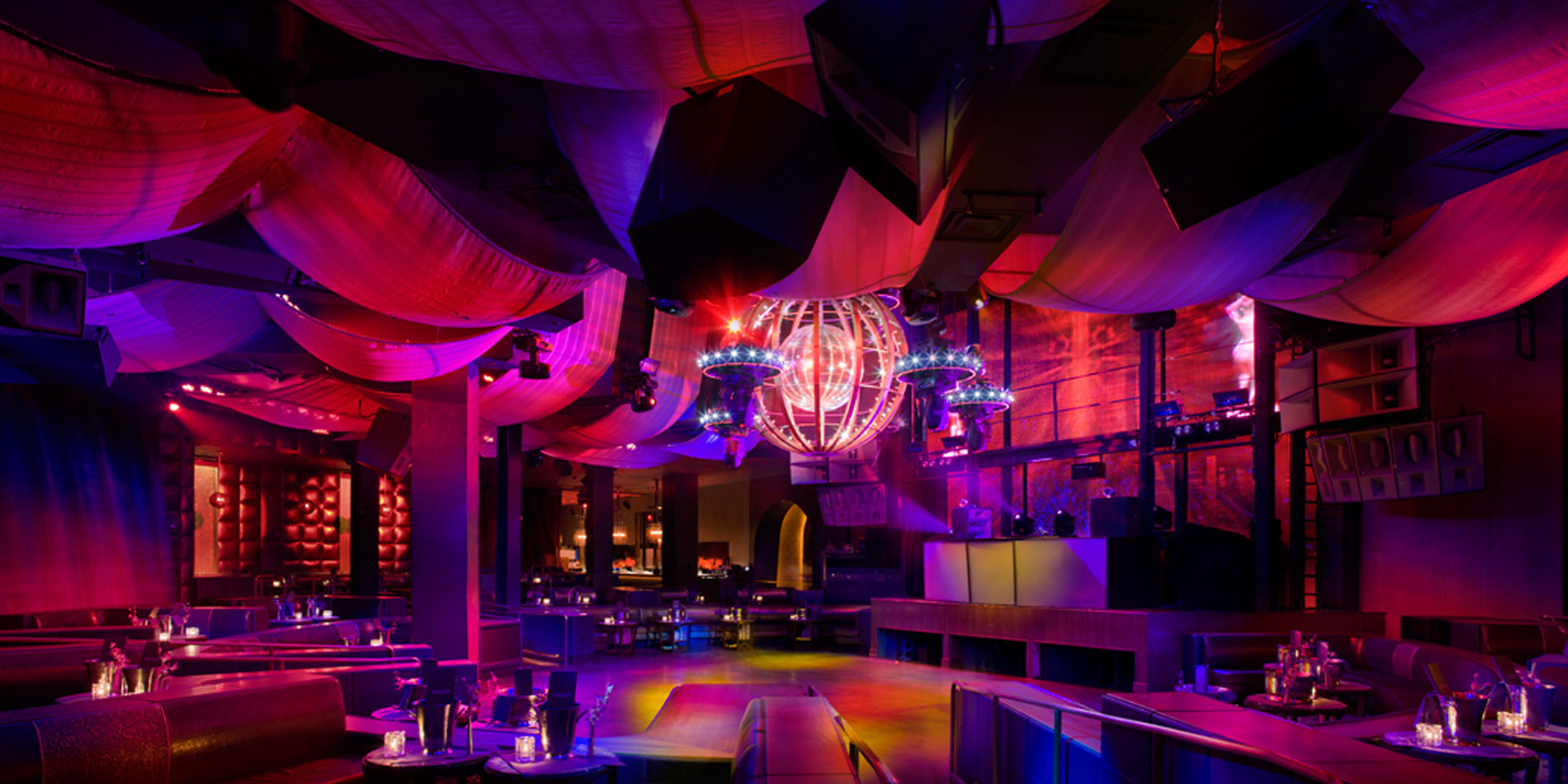 But it's more than the lighting that makes a club's visual components truly come alive. "The thing with lighting in a club – or any music-based environment – is that you're telling a story," Lieberman begins. "You start at chapter one and advance from there; you don't just cut to the end."

Additionally, the more special effects and layers you can implement, the fresher the room feels. Among the most chosen effects are strobes, LED walls, moving heads, blinders, laser, cryogenic tanks and even snow machines.

The first step to a lighting system is to prioritize your needs. "The fundamental equipment order must be installed first. Start with a moving light, then a strobe, then an LED detail of some sort, either moving or static," Lieberman says. After those needs are met, you can branch off into the realm of the fun toys, like blinders. "I like old-school dimmable blinder fixtures because more heat comes out. When you get hit with that beam, you feel the warmth. I don't need a cold beam of light all the time. I want you to feel the heat," he explains.

Cryogenic effects, which are nothing new to the market, are always a crowd pleaser. "We use it as an effect rather than a visual," Lieberman shares. "We like to pummel the patrons with it because it feels good and it's more sensory. In hot environments, cryo will cool the crowd down 20 degrees." Or you can simply make it snow – although it's not actually real snow. "What the compound is made from, I'm not exactly sure. But it's dry to the touch, and it looks like foam," he says. 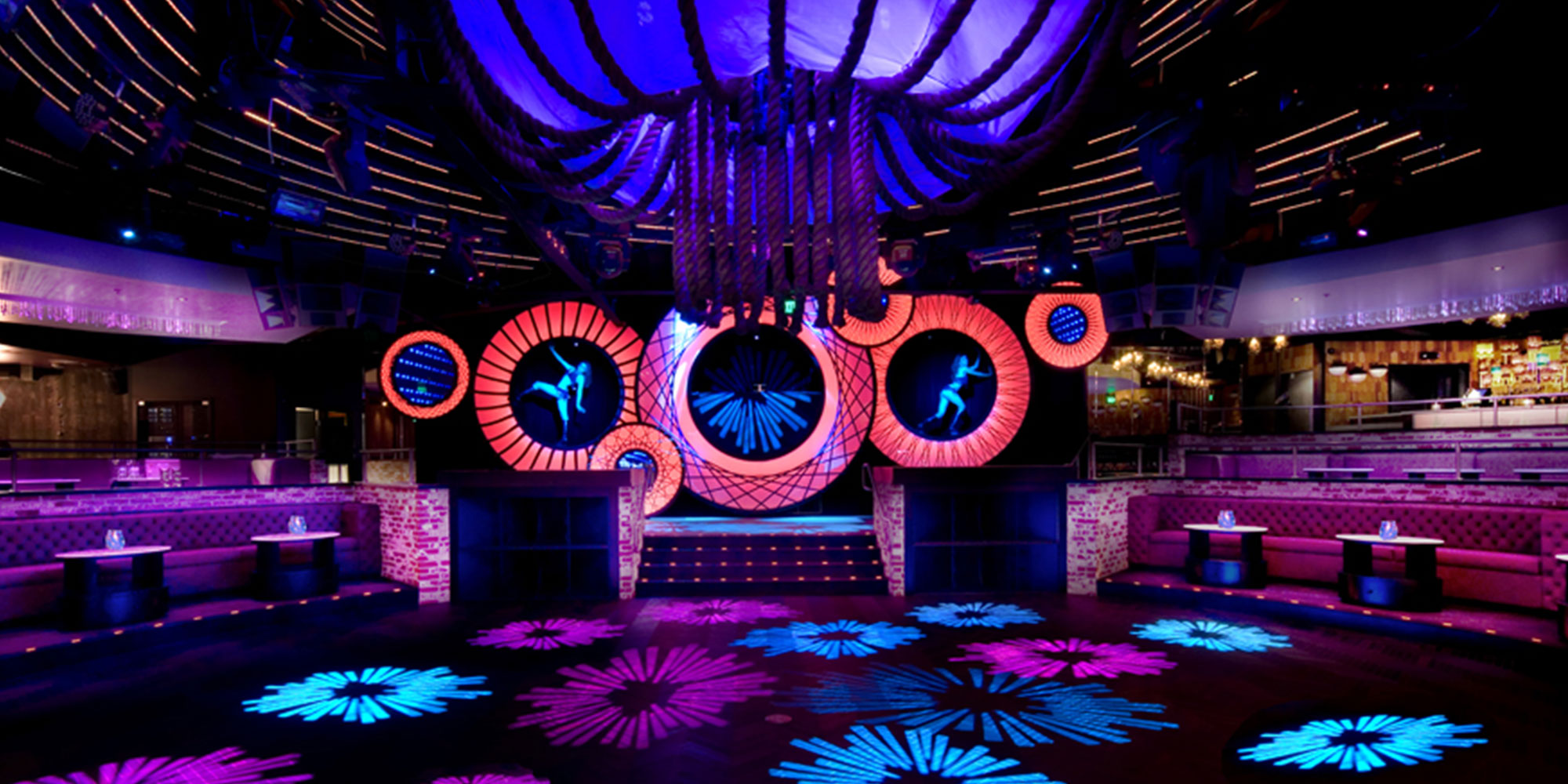 "The better machines have flake size and output control. You can do light flurries or a monster hailstorm just by moving a lever. CITC [a special-effects-equipment manufacturer] makes a machine that has flakes which dissolve dry so there's no slippery mess, as there would be using a bubble machine which uses soap and makes your floor slippery causing people to fall," he says. CITC's units, which also offer extra dry flakes and ultraviolet flakes, are the same ones movie sets use and, despite being triple the price of cheaper alternatives, Lieberman notes they're worth it, adding, "You'll know the difference and you do get what you pay for."

Obviously, make sure your budget allows for the systems and layers you want to add to the room. Remember, the two most important parts of the budget are the control panel and the cost of the electrical wiring. "You can have good controls with bad lights and your lights will still work. If you have bad controls and good lights, then you still have bad lights," Lieberman says.

Regarding the wiring, the systems SJ Lighting sells don't include the supporting electrical system needed. "We need some place to plug this stuff in, and it's not 220 volts. You have to plan for how many devices, cost of your wire, the copper tubing holding it and man hours to install it all," he says.

A solid benchmark is to factor a minimum of 50% of the cost of the system itself, but things could go up or down based on your specific venue and what you're doing.

When everything's up and running, all of the little details are at your disposal, ready to help the lights tell their story. "You'll wiggle your moving heads, pop your video, stab in some strobes, then – when the song builds – hit them with the cryo, put a laser beam into that, hit the snow machines and activate a sparkle strobe so that it looks like you're standing outside in a winter wonderland as the song ends," Lieberman says. "Then see step one and repeat."