EDC Stage Designer on Fest's Explosive Growth: 'What We Spent Producing 10 Stages, We Spend on One Now'

When you're standing with arms locked between friends, mouth agape, wide eyes reflecting neon bursts in the night sky, entranced by the monolithic masterpiece that is the EDC circuitGROUNDS, he'll be there, hidden in plain sight just behind you and thousands of others, working.

For more than 20 years, 44-year-old Steve Lieberman has been the man behind the curtain of all Insomniac's biggest festivals and events. As the founder of SJ Lighting Inc., Lieberman and his team have designed, built and operated the iconic, industry-leading stages of EDC through the decades, just as he has concocted the face-melting scenes that will inspire awe in the roughly 400,000 gathering for EDC Las Vegas 2017 this weekend, Friday through Sunday, June 16 to 18.

"I remember even 10 years ago with Insomniac, the (budget) I spent on producing 10 stages for [owner] Pasqualle [Rotella] is probably what we spend on one stage now, and a small stage," he says. "It's not even close. Our main stage would maybe have 20 to 40 moving lights. Even circuitGROUNDS, for instance, of Las Vegas this year probably has 500 moving lights. That was more than the entire show combined our last year in Los Angeles."

It all comes down to supply and demand. As the dance community swells, so too do the budgets. EDC ticket-buyers are willing to spend more, so Lieberman and his team can pump more money into bigger, better attractions.

"And the attendees now are more educated about what to expect," he says. "They don't expect to come to EDC and see what I saw in 1990 in a warehouse in Brooklyn. They're not expecting eight Intellabeams set up on floor stands on the stage with the operator on the side flashing lights as fast as they can in your face. They're expecting a 400-foot-wide-by-100-foot-tall LED screen, 600 moving lights, flames, water, lasers, CO2, stilt walkers. They're expecting a hundred-foot-tall owl that talks to you with digital eyes. It's different, but we have to produce those. We want to produce these things, and it's actually fantastic that the audience supports these shows the way that they do. It gives us the latitude, the tools and the funding we need to go ahead and make these incredible stages."

Fans witness his illuminations at all Insomniac's major festivals and events, including Nocturnal and the most recent addition of the Middlelands main stage. If you've traveled to Miami in the last 18 years, you may have witnessed his craft at his bright baby called the Carl Cox & Friends Megastructure at Ultra Music Festival. A product of the nightclub scene, SJ Lighting has pushed the envelope indoors, designing more than 50 clubs nationwide, including L.A.'s Exchange, Las Vegas' XS and Marquee, and Miami's LIV and Story. He even blends his love of the club with the festival floor each year with Coachella's famed Yuma.

"We are always trying to create that aesthetic that brings people together," Lieberman says, "whether you're sitting at a table that's a freebie out on the side where there is no bottle service, or you're in the middle of the dance floor and you spent $10,000. Obviously, the $10,000 person is going to get a more dense experience, both in the density of the design, the density of the amount of people standing around you, but I don't want you to feel like your a spectator if you're out at the walls. You're not just watching from a window. You're in it. We always try to bring everybody into the fold." 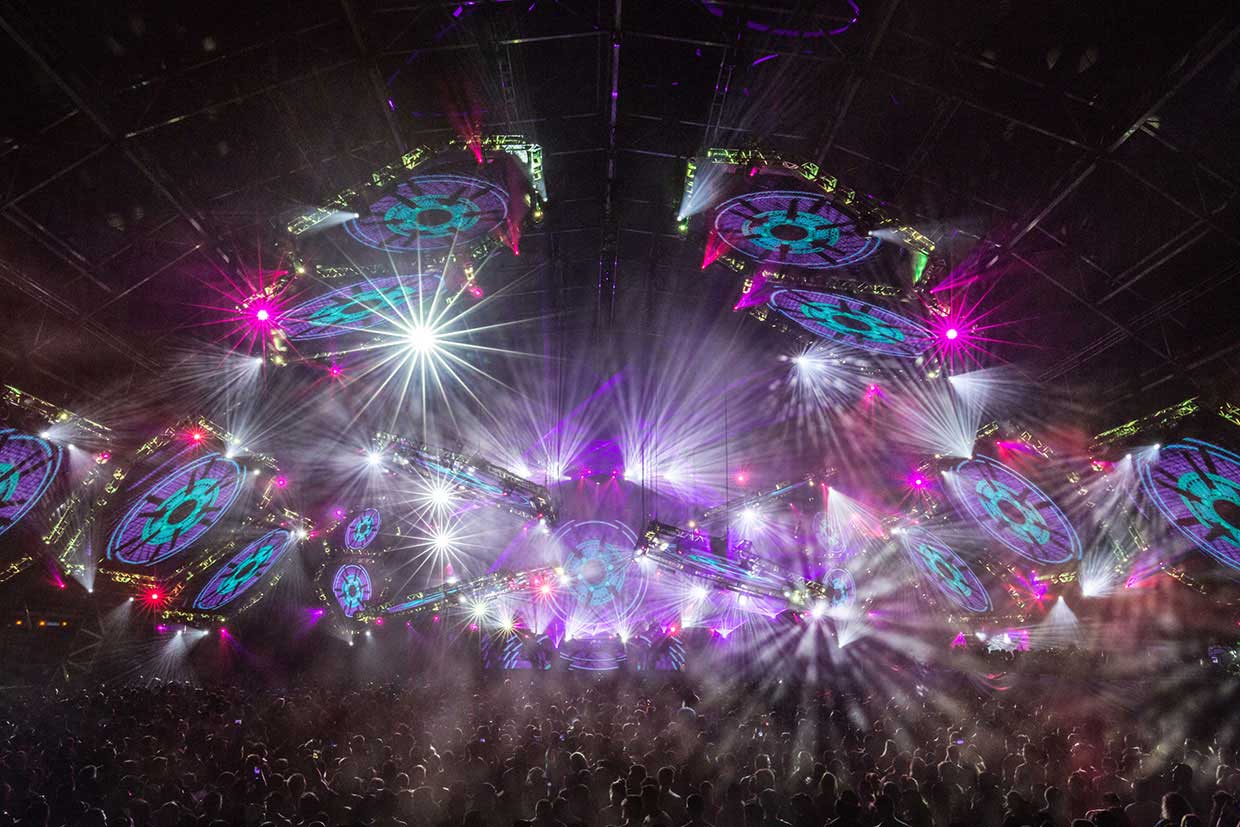 This philosophy that everyone is the star of their own adventure is hardwired into Lieberman's own experiences. He grew up in New York City clubs, his late nights soundtracked by Jellybean Benitez, Frankie Knuckles and Jonathan Peters. At 15, he wiggled his way into those dens of dance, blown away less by the drinks and the drugs and the DJs so much as the macrocosm they produced.

"That whole social experiment, that subculture, the adventure of it was such a fascinating environment," he says. "I was insatiable when it came to that. I could never get enough. It was fantastic, and not from the partying side, just the environment, the music, the social experience."

He started working in the nightclubs underage, cleaning glasses, sweeping floors, barbacking and the like. Things were simple back then. A mirror ball, maybe a couple lasers here and there. In the early '90s, the rave scene hit NYC (and Lieberman) like a freight train. He knew he needed to be a part of that scene. He needed to be more deeply involved. He had a friend doing lights, still rudimentary at the time, maybe four or five colorful flood lights and a controller 15 feet away where he started hanging around. He picked up some money between college classes, taking directions to lay electric lines like this, hang lights like that. It wasn't very professional, but it was something, and all the while, he learned.

After graduating college in 1995, he thrust himself into his new obsession headfirst. After 11 months, he started his own lighting company and took whatever gigs came his way. It was the Peter Gatien era of nightlife. Colorful Club Kids like Michael Alig ran the scene, while Lieberman and his ilk ran the wires and the effects. Any given weekend, you could find Lieberman in the booths of Webster Hall, the Mirage, Life Nightclub or Expo. He'd pick up shifts at the Roxy, Twilo, whenever and wherever.

In those days, the DJ was not the main event. People came to hit the dance floor, to meet friends. It wasn't fancy or expensive. It wasn't about being seen, but getting lost.

"It felt more like a community going to the clubs," Lieberman says. "You saw a lot of the same faces, people came to the same club every Saturday … Whoever was DJing went on at 10 and they played till 5 in the morning, or 10 a.m. if it was Danny [Tenaglia] or Junior [Vasquez] or one of those guys, they'd play till 2 in the afternoon. It was crazy. I kinda miss it a little bit."

Ironic perhaps what an explosive hand Lieberman has played in the scene's aggrandizement. Even as he mourns the passing of simpler times, he froths at the opportunity to push the envelope and expand the horizon of sight and sound, and to do so at one of the largest gatherings of music fans the world has ever seen. That's why it's so important to Lieberman to keep that communal spirit alive in each club he designs. It's blending the old and the new both aesthetically and philosophically.

A workaholic, Lieberman is always out at some festival or event. The hardest thing is the time spent away from his wife and kids (though he often stops at home for two days between gigs to sit on the couch and dole out the kisses). Behind the scenes in its very nature, Lieberman's job is done best when you think about him the least. It can seem thankless at times, but it's not about the glamor. It's about literally shaping the culture, one stage, one club and one job at a time. 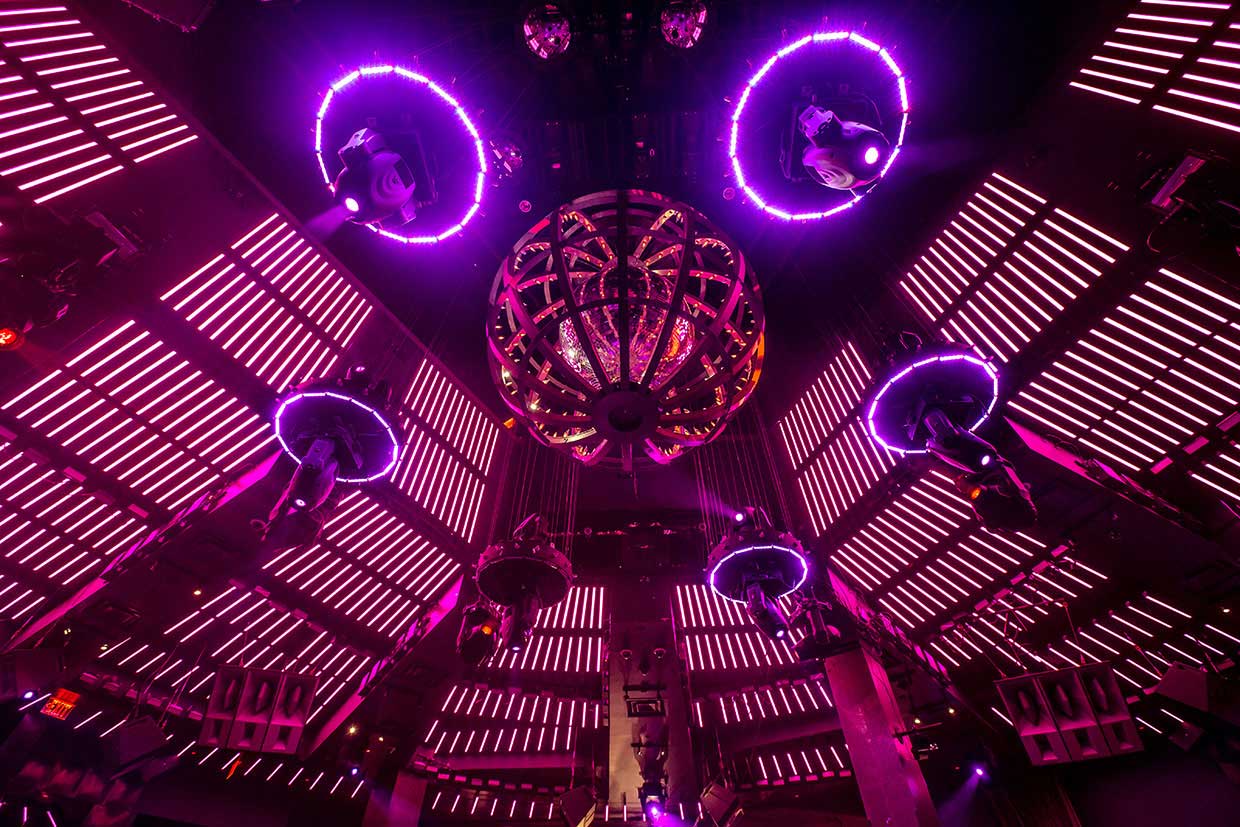 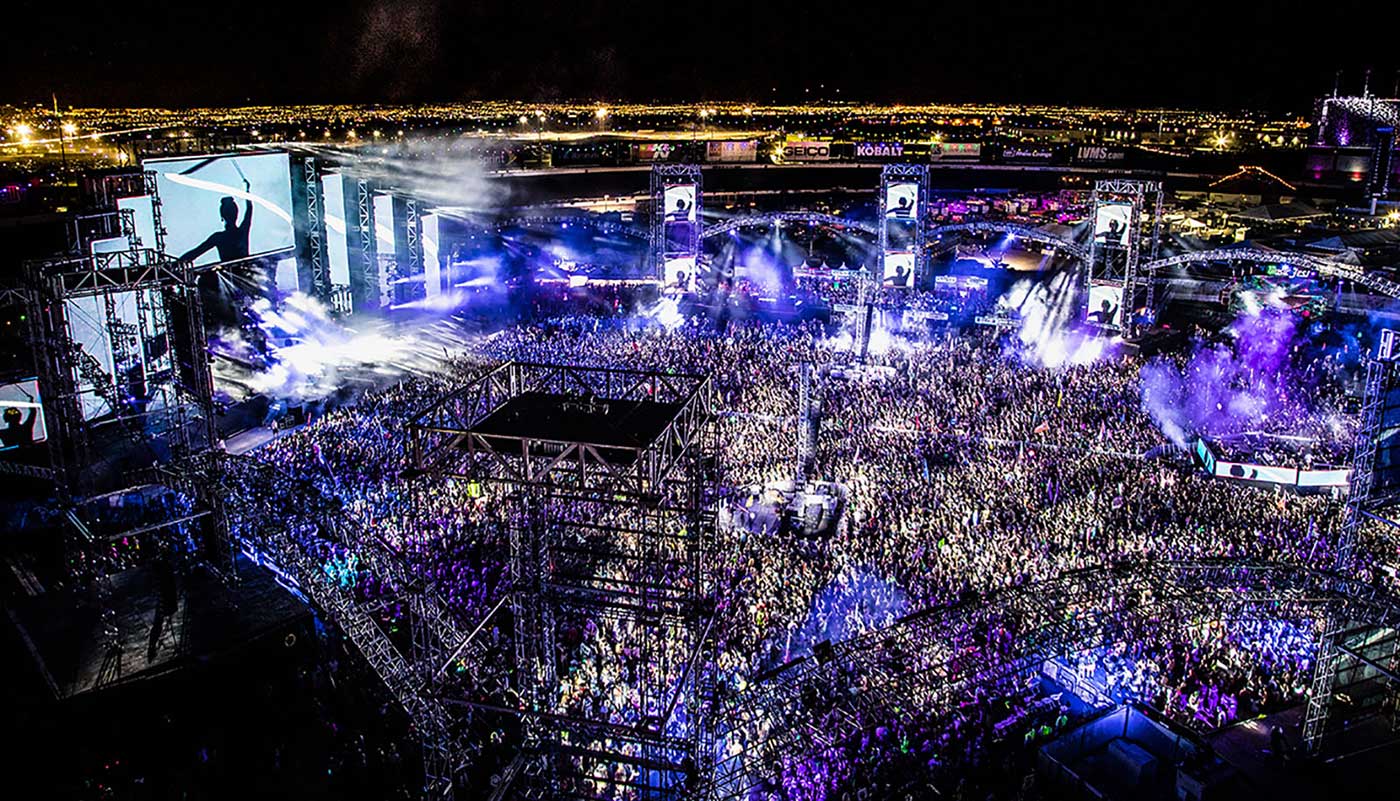