WE SPOKE TO STEVE LIEBERMAN, CREATOR OF THE WORLD'S GNARLIEST EDM LIGHT SHOWS

The last few years have seen an EDM arms race develop for the most outlandish and immersive production in the world. Festivals like Belgium's Tomorrowland, Ultra and Electric Daisy Carnival have been battling it out to go bigger, brasher and brighter, while the Las Vegas club scene has pushed production and lighting closer to the apex of the dance music experience. And as the humdrum of lineups ceased to differentiate the festival and clubs from one another, production became the barometer for a festival's success or a club's notoriety, and if you're trying to make a statement of intent in that world, veteran production don Steve Lieberman is the global authority.

With a resume that checks off just about every experience-facing festival and nightclub in North America, Lieberman has made a career out of elevating the visual potential of EDM above the old skool abrasive strobe in a dilapidated warehouse somewhere and into the Close Encounters sensory explosion that it is today. His company SJ Lighting has been in the game for sixteen years, and has done the lighting design for EDC, Coachella, Escape from Wonderland, Ultra, The Veld, and designed clubs like Vegas' Drai's, Life, Marquee, XS and LA's Create, Sound, and Exchange, and his rigs have become the new standard for the industry.

But when you're a game changer and an innovator in a field that was often considered a distant second to the music, where do you look for inspiration? "For me, it comes from so many places. Whether it be a designer, an architect, an artist, or all of the above," he told Pulse Radio. "Mark Fisher (Madonna, Pink Floyd), James Turrell (installation artist) and Arthur Weinstein. There are names that stick out in my mind. Arthur was one of my most influential mentors during my younger years. Arthur was exceptional at seeing the potential–or lack thereof. Whatever it was, his eye for what was appropriate, his understanding of color theory, and the nuances of what it takes to make the difference of a place looking ‘ok' and a place looking ‘amazing' were remarkable. His touch was subtle, his words typically were not." 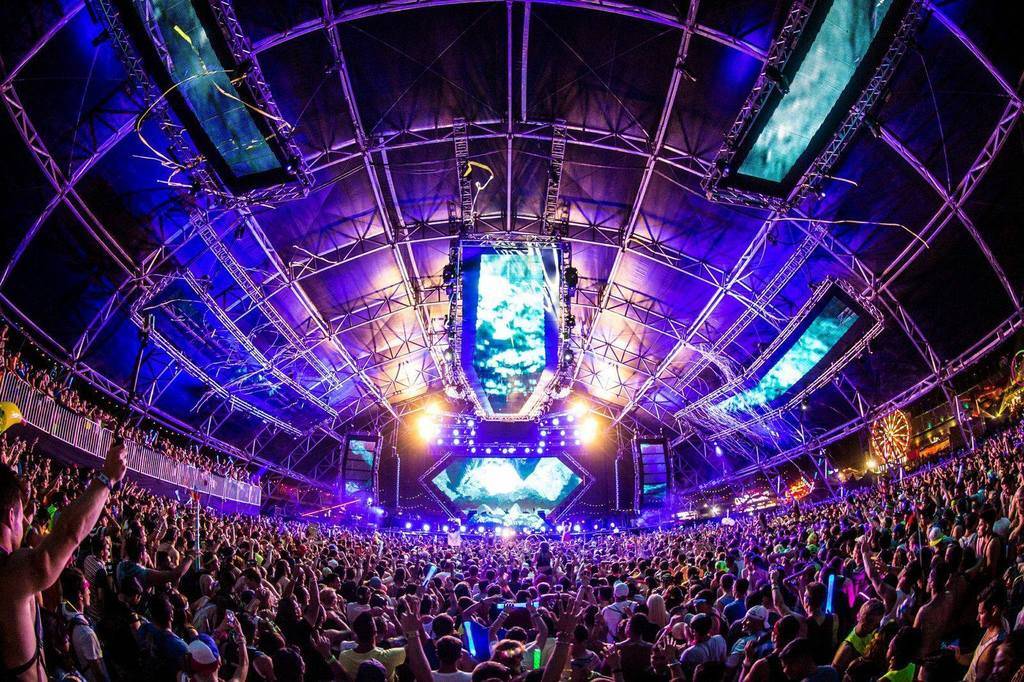 A face-melting Lieberman rig from EDC Las Vegas [via Insomniac]

A lifelong fan of electronic music, Steve had a close affinity to the music from a young age. "The music created a physical and emotional response in me," said Lieberman. "I felt it. It made sense to me, and in turn, that probably translated to part of the reason I've had success in my industry. It holds such a strong place in my heart. It's one of the components that connects my work to the crowd."

Starting out as a barback in a Hamptons nightclub in 1987, he immersed himself in the New York rave scene in the early 90s and found his calling in the production booth. "It wasn't much back then; a few lights set up on stage and an LCD controller. You wouldn't see the resemblance between today's shows and what was going on back then, but there is a clear correlation to me; a long line of connecting the dots.

"At that time working in clubs and raves was really looked down upon by other people who worked in lighting design, production, etc. I was constantly being asked why I did it. Often I wasn't even given the time of day and I was disrespected by my peers. At that time in my industry, nightlife was really considered the bottom of the barrel, so to speak. Clearly the landscape of what this industry is has changed."

In 2001, after a stint in Phoenix, Lieberman moved to Los Angeles and solidified his longstanding relationship with Pasquale Rotella's promotion behemoth Insomniac, and would go on to help cement Electric Daisy Carnival's reputation as one of the most visually arresting and elaborate festivals in the world. From there global festival brand Ultra followed, and his company SJ Lighting is presently building lighting rigs for between 10 and 20 nightclubs every year.

But despite working at a level most production experts could only dream of and being in control of tens of thousands of LED lights at once, Lieberman maintains an painstakingly high attention to detail. "I'm the worst critic when it comes to lighting and shows, particularly of my own work," said the 42-year-old. "There's always something that can be tighter, better, there's always room for improvement. There have been so many milestones through my career that have impacted how I see things, how I do things and my approach."

"Even though I've been doing this for years, I still get really excited before a gig," he said. "Walking down the "cattle shoot" through the crowd while the music is pumping, knowing that I'm about to get on the console is an amazing feeling. It fills me with adrenaline and excitement. I look forward to that walk every time. It's extremely satisfying, after working on a show for so long, to know that you are about to take it to the pinnacle."