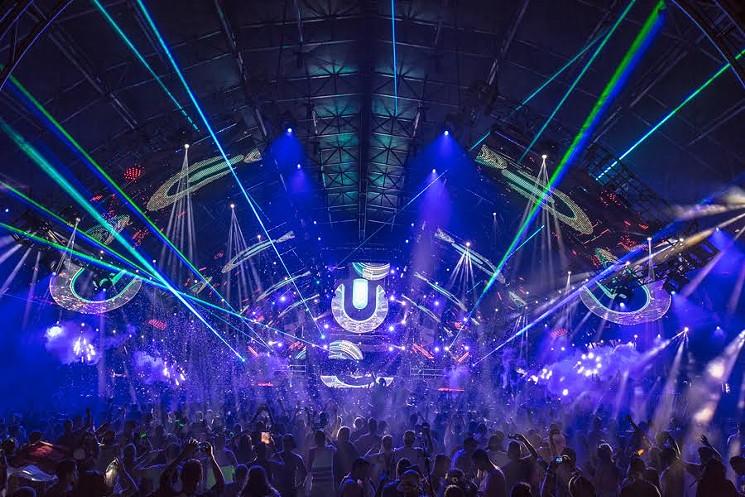 Last year was my first time at Ultra, and when I close my eyes and think about it, one image in particular keeps popping up. It was the final night and Eric Prydz was playing at the Carl Cox & Friends Arena. The arena was an open-air semicircular enclosure, and at night it hissed and thumped like it was alive and angry. Walking toward it was equal parts exciting and menacing, like hiking up an active volcano. As I got closer, lasers started to hit my face, and half-naked people ran past me before disappearing into the black mass of the tent. The flashing roof of the arena lowered to within feet of the dance floor, and just as folks began to suspect it might crush us all, it raised up again, revealing the silhouette of the DJ booth from behind a cloud of smoke. This was no Wiggles concert. It was unlike any music experience I'd ever been a part of. The amount of sheer technology behind the whole thing was staggering, but even more than that, the way it all coordinated – the music, the lights, the stage, the people – made you feel less like you were at a concert and more like you were inside the stomach of a very funky robot.

All of this is good, according to Steve Lieberman. He's smiling as he listens to my account of last year's stage, or so he says over the phone. Because this feeling of dreadful wonder is a desired effect, one that happens only when Lieberman and his team do their job correctly. 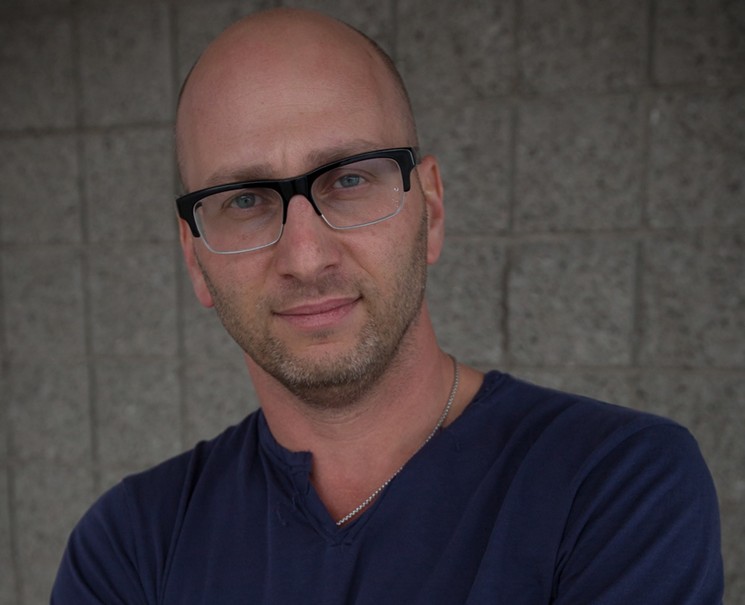 Steve Lieberman and his company, SJ Lighting, design among other things, stages for big-scale EDM events. Ultra Miami as well as all of Ultra's international shows, Coachella, EDC New York, and EDC Vegas are but a few of the events Lieberman builds stages for. He's worked every Ultra Miami since the festival started in 1999, and this year – though he can't give away too much detail about what's in store – he'll be the production designer for the Carl Cox & Friends Arena and the Worldwide stage, as well as the lighting designer and production coordinator for the Main Stage.

"None of us are working by ourselves," Lieberman is quick to point out. "It's myself; our creative director, Richard Milstein; and our production manager, Ray Steinman. The three of us are pretty much responsible for assembling all things production-related."

Lieberman, 43, started working in stage production pretty much as soon as he got his diploma. After being employed briefly for another lighting and design company, Lieberman broke away to start his own business in November 1995 and has been at it ever since. Of course, things were much different in '95. Aside from the obvious contrasts in available technology, EDM was simply not the money-making machine that it is today. "It's gone from a subculture to a mainstream environment. And with that comes funding," Lieberman says. A lot of it. The main stage at Ultra today costs more than the festival itself did in Ultra's infant years.

"Back in the '90s, there might have been two or three clubs in the world that spent two commas, a million dollars worth of product. For the most part, if you saw a nightclub spend $150,000 to $200,000, that was huge." But today, stage production is an essential part of any dance-music festival, and each year it gets bigger and better. Ultra 2016's Resistance Stage will feature a 50-ton metal spider made out of helicopter parts and jet engines that can spit flames 50 feet into the air. 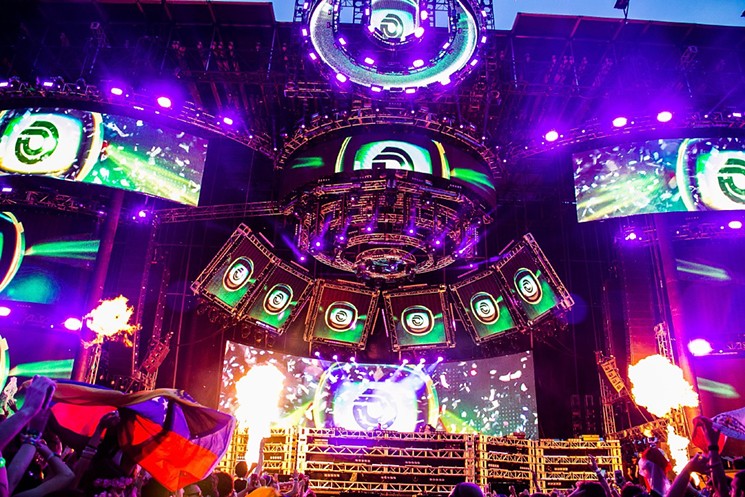 But Lieberman doesn't have anything to do with that. His stages are carefully and collaboratively constructed to cater to the concertgoer. "It's a total immersive experience. I want people to walk in there and feel like you're part of the whole – that we're not necessarily individuals. You are part of something bigger."

As of February 17, Lieberman and his crew were about 85 percent there with Ultra 2016. And this week, the stages will be assembled and final touches added. Lieberman is a veteran at this point and has seen his fair share of things go wrong. In Miami, that usually means Mother Nature. He doesn't prepare for rain so much as expect it. Lieberman literally can't remember a year when it didn't pour – whether in the preparation phase or the actual festival itself. Luckily this year's main stage can face a storm with up to 90 mph winds.

But Lieberman can't get too attached to his work anyway. Unlike other creative pursuits, his job ends with a crew of hammer-wielding construction workers tearing down the stages that he and his team so painstakingly created. "It's fucking heartbreaking, isn't it?"

Indeed. But nonetheless, Lieberman is excited for this year – excited to hopefully induce in someone else the sort of emotion he managed to pull from me last year. "I want it to almost give you whiplash… You feel the intensity from the pressure of the sound system to the movement of the crowd – it's all of it."