How the Disco Ball Still Shines After 150 Years

From the "Myriad Reflector" to a disco chandelier made with 1,500 LED lights, the disco ball has come a long way in 150 years. 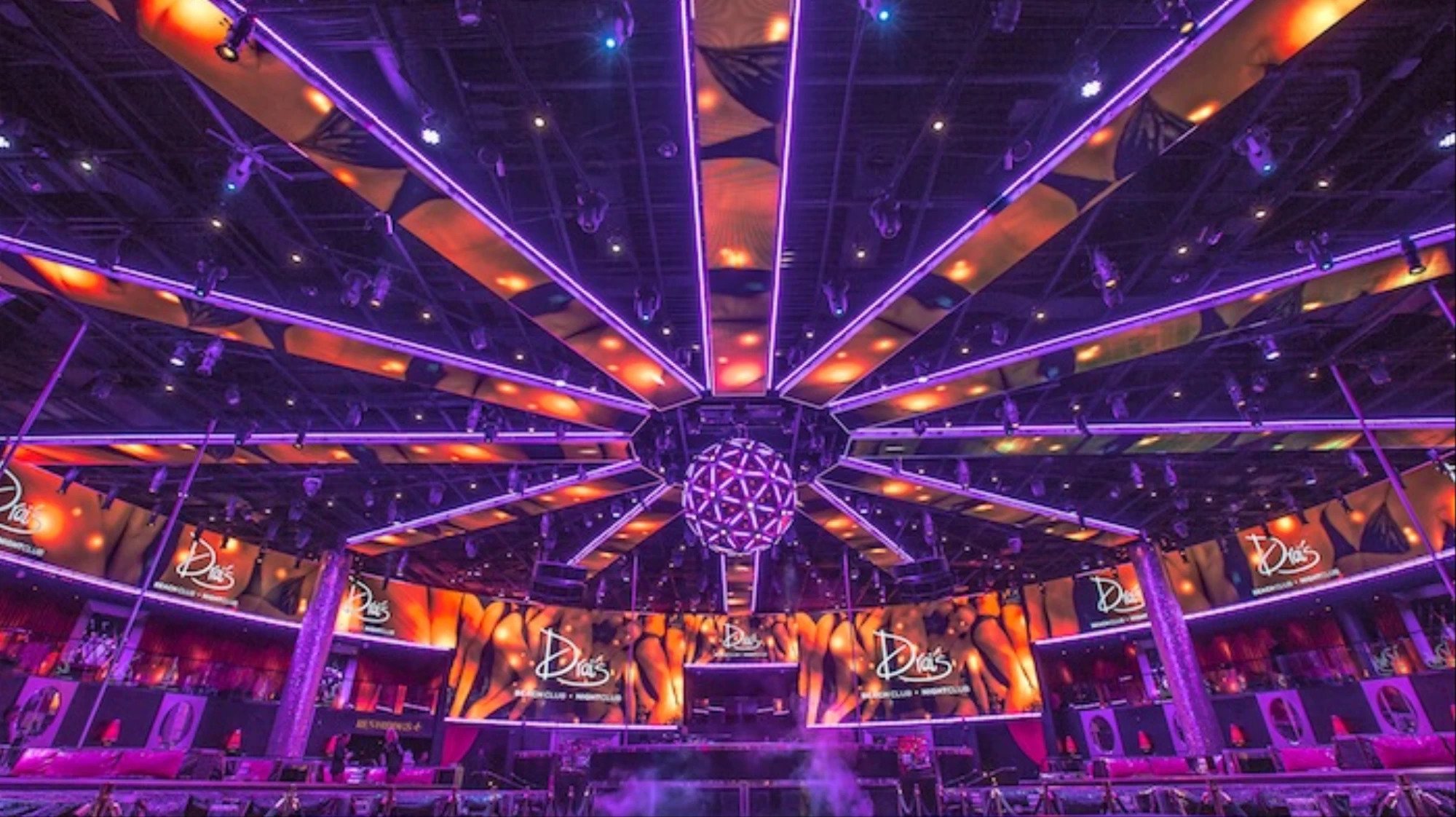 Even the dingiest of basements can become a mecca for dancing and debauchery with the addition of one simple sphere: the disco ball. The round, reflective object has survived over 150 years of dance music trends, proving to be the most adaptable yet rudimentary fixture of bars, clubs, and music festivals alike. Sure it's enigmatic, but what makes the disco ball such a classic?

Lighting designer Steve Lieberman, founder of SJ Lighting, has created some of the world's most dazzling lighting installations, from nightclubs in New York, Miami, and Las Vegas, to tents and stages at festivals like Coachella, EDC, and Ultra. One of his most recent projects was a disco ball-inspired chandelier in Atlantic City, complete with over 1,500 LED lights–a radiating, rather than reflective, centerpiece. Despite being able to move past the standard disco ball with technology, Lieberman stands by the mirrorball as a quintessential classic.

"The ‘mirrorball,' in my opinion, is the most iconic image that conjures nightclub design," he tells The Creators Project. Throughout his career, the disco ball hasn't changed much–"I can rattle off dozens of nightclubs, starting with the early days of my professional career in NYC: Webster Hall, TWILO, Roxy, Expo, Crobar and so many more...all had disco balls anchoring their designs. At risk of sounding cliché; it's the sun of the nightclub solar system," he continues.

Internet lore, as well as a detailed history by THUMP, traces the disco ball back to Charles and Logan McGrath, two bar owners in 1850s England, who ingeniously found that lighting effects might make dancing women look more appealing to their bar's patrons. 60 years later in Kentucky, an enterprising inventor named Louis Bernard Woeste first patented the Myriad Reflector, described as a hollow object of any geometric form, whose surface is covered with a "multitude of mirrors." The Myriad Reflector was intended to be used in conjunction with other mood lighting, "and thus casting upon the participants and spectators a multitude of moving and varied color spots and creating a most pleasing result."

In the 1970s, disco co-opted the Myriad Reflector, rebranding it with today's far-catchier name. In the United States, the Omega National Products factory in Louisville, Kentucky became known for rolling out thousands of glass-mirrored disco balls per month, helping to illuminate dancefloors across the country.

Today, dancefloors are bigger, clubs are flashier, and large-scale music festivals have dancers wanting more, more, more than the 70s could ever imagine. The current world record for the largest disco ball stands at 33' in diameter–an attraction at the 2014 Bestival in Leeds. In 2014, Coachella unveiled a disco shark for charity, part of Lieberman's design for the Yuma Tent. But despite these riffs in design, the standard disco ball has proven to be an unwavering mainstay.

"[The disco ball] is an analog detail that can complement the most extreme digital environments; whereas lighting is in a constant state of evolution, continually becoming more efficient–new fixtures with new features," Lieberman explains. "And yet, when you take a beam of light and focus on a mirrorball, it's an effect that always amazes the audience."