Meet The Designer Who's Lighting Up The Festival Scene 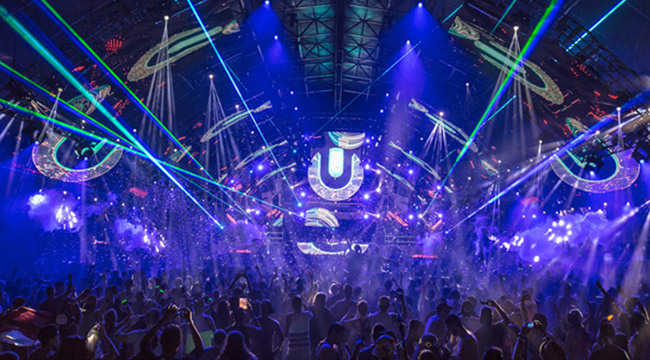 It would be nearly impossible to imagine EDM without its signature strobe lights sweeping through the crowd. The lighting at any concert or festival is a crucial element that brings a show together, but it's especially important in the Electric Dance Music world. As the music ebbs and flows, and the crowd loses themselves to the beat, it's the flashing symphony of colored lights that elevate an EDM show from a good party to a transcendent experience.

Lighting designer Steve Lieberman has been working to enhance live music experiences for over 25 years. A product of the New York City club scene, his career has spanned warehouse parties, stadium tours and the Yuma tent at Coachella (famous for its EDM artists, and also...air conditioning). The latter of the three he's been designing since its inception. Lieberman has brought the craft of designing lights for festivals to a new level, and his work is legendary in the EDM scene. He brings an element of magic to the stage and crowd while also making the lights feel like a seamless part of the concert. And he does it on an epic scale. Most people don't think about or notice the designer behind the lights at a music festival, but they'd definitely notice if he wasn't there.

Right now, Lieberman is in Las Vegas for this year's EDC Las Vegas (Electric Daisy Carnival), a giant dance party in the desert that draws some of the biggest names in electric music. It's a huge, demanding job, but he was able to take a few minutes away to talk to us about his career, his love of music, and what it's like to be the one lighting the show for 50,000 people.

Steve is taking over the UPROXX Instagram for EDC! Follow along to experience his designs from the front of the house.

Talk to me about what exactly a lighting designer does, and what your career path looked like from starting college to now?

Nowadays as a lighting designer, the scope of work has really expanded. The job has evolved into production designer. Looking at the bigger picture from concept to completion. Throughout college, I worked at bars, clubs, and raves; mostly involved in production. Back in the early 90's production was significantly simpler, a few lights with a controller setup on stage. But fast forward 25 years and we have stage designs that can accommodate 50,000 plus people and stages that tower nearly 100' tall and 500' wide. The growth has been exponential.

It feels like a lot of your work is in music, stadium tours, and festivals. Was this intentional?

I've always been attracted to the music side of the industry. It's not enough for me to just design a system or a show for corporates or industrials. I enjoy the symbiotic relationship between visual and aural disciplines. It's exciting and empowering to have control of an environment that is moving and stimulating an audience. So, the short answer is yes.

Do you have a favorite artist or genre of music to design lighting for?

I work mostly in dance music. I enjoy designing shows that are interactive with the crowd. Growing up in the nightclub world in New York... house music was a cultural element. I love house and techno – but really, I just really enjoy listening to music. Translating music into a show is what I specialize in. 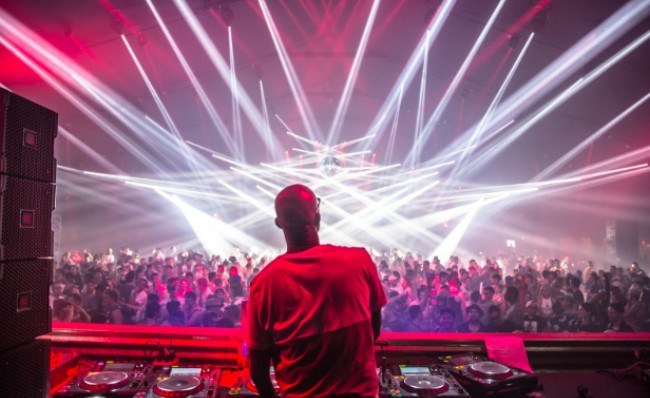 When lighting festivals, do you work with individual acts to light their sets or just focus on the headliners? How much input do the acts in the tiny font on the line up get?

Neither – I work directly for the producers of the festival to create a stage that suits most of the needs. Each style of music has its own unique nuances that should be considered during the design. Performing artists typically play on the festival stage. Occasionally, headliners will supplement the stage with something "special" to differentiate them from the rest.

The Yuma tent at Coachella is less of a stage and more of...well a tent. Does this present any kind of challenge while designing and building lighting?

Exactly! Yuma is not meant to be what might be considered a traditional "stage" environment. The design aesthetic resembles more of a nightclub space. Fully enclosed, wood floors, air-conditioning – dark, moody. My career has always moved between nightclub and festivals... so working on Yuma is the perfect hybrid.

What are the benefits/challenges of designing indoor/outdoor spaces?

Indoor shows offer more infrastructure... whether it's a steel grid 100' over an arena floor, house power where generators are not required, and all the other amenities that come with being in a location built to put on shows. Outdoor shows typically – is BYOG – bring your own gear. You provide everything... structure, power, fencing, bathrooms – the list goes on and on... I work mostly on outdoor shows – festivals... some of them accommodating over 150,000 people a day... you can't put that many people inside (at least not anywhere I know of).

What happens when it rains?

So, do you test the setups at night when no one else is around? Is there music? Has anyone ever walked into this by accident and thought aliens were invading earth?

Yes, we program the system in advance and "flash" through it to make sure it works as it should. There's not typically music, although sometimes I'll play some on my own on personal speakers. There have been people in and out during this process, if they think they saw aliens, they might've started the party a little prematurely. 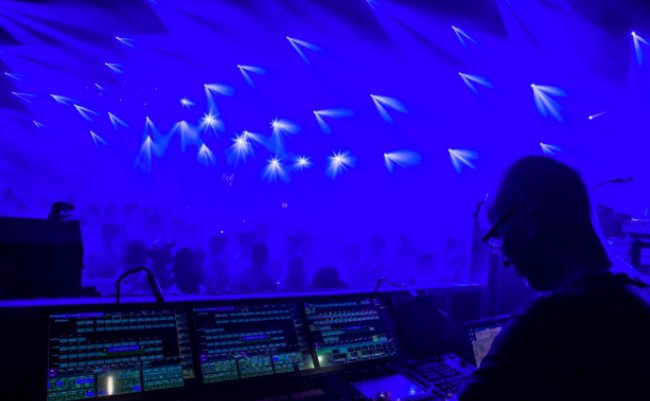 Where are you during a show?

Most shows I'm directing a stage. That includes running the lighting console and directing the rest of the team at FOH to deliver the show to the audience.

I have to ask you the social media question. Instagram stories and Snapchat have changed the way concert goers interact with what's going on onstage, do you take this into account at all while doing your job? How things will look through cell phone cameras?

Social media has certainly impacted the experience. It's opened a window into different worlds (usually through rose-colored glass). I'll go "live" sometimes and let people experience the show from FOH... although, running the desk in one hand and holding your phone in the other can present its own challenges.

How do you incorporate the energy of a crowd into your designs, and how do you use light to pump up the audience?

Every design that comes out of my office considers the crowd, the performers, the photographers and all other external elements. As the show progresses, the music plays, and the crowd responds... the lighting and production are meant to follow that ebb and flow. What the crowd sees, is our interpretation of what the music is doing. The builds, breaks, and big moments all have visual cues to accompany them. 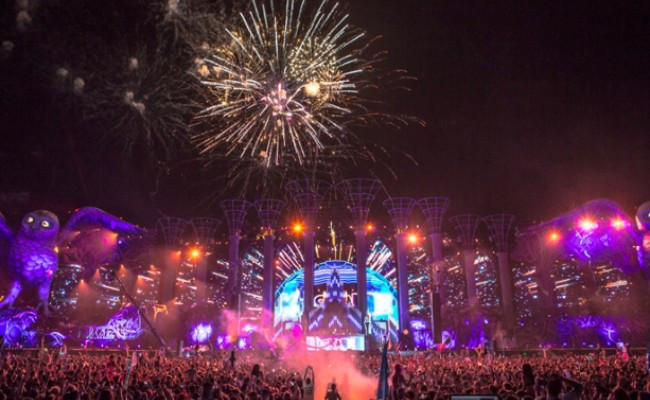 What's the absolute worst thing that could happen to a lighting designer during a set?

That can be a long list! Consoles crash, lights break. Last week one of my colleagues had a computer catch fire. It's easy to run a show when everything is perfect. What separates the professionals from the amateurs is how you deal with adversity.

What's the most number of lights you've used for one set?

Deep in the thousands.

EDC Vegas is this weekend, what does your weekend look like? What are you most excited about?

EDC Vegas is like attending the all-star game... it's beyond anything I've ever experienced before. This year, the stages we designed have far exceeded our expectations. The people we have working on these stages have gone above and beyond to make it all happen, and we couldn't be happier with the result. I'll be at FOH of Circuit Grounds either running the show or making sure our technical guests that are visiting with their respective artists are given every opportunity for success.

What are your metrics for success? How do you know you did a good job?

Everything we do is based on assembling a team of trusted professionals. Nobody can cross the finish line alone. We either all succeed together or we all fail together. There is no in between. Knowing whether or not you did a good job is not a long evaluation process. You feel it. 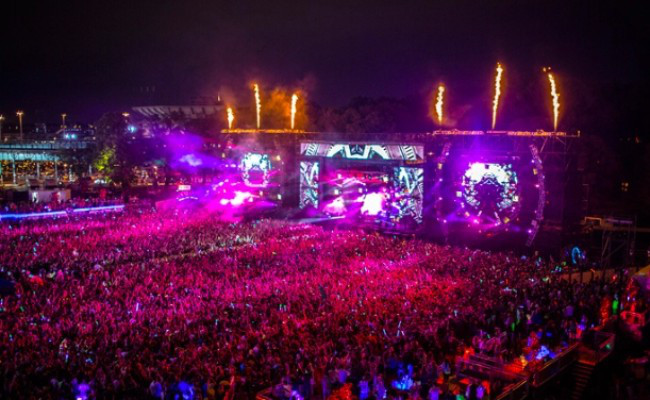