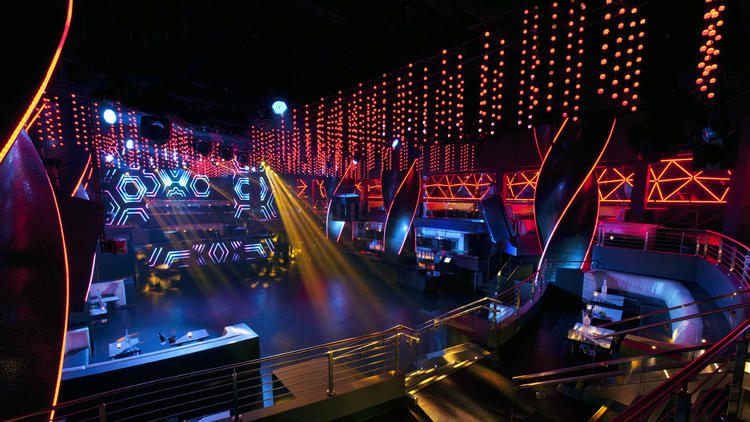 Lighting designer Steve Lieberman didn't start with any kind of a plan. He went from tinkering at neighborhood parties to assisting illegal New York warehouse raves with little more than a true love of gatherings as an endgame.

But after successive, pivotal decisions – first to quit his pursuit of law school and join a childhood friend's lighting company, and second, to quit that job less than a year later to start his own company – his career path was set.

While things were slow at first, Lieberman has turned SJ Lighting into an industry juggernaut and global brand. Not only can SJ Lighting, Inc. list major festival brands like Electric Daisy Carnival, Coachella, Ultra, and Lollapalooza on its résumé, it has been responsible for the design of more than 50 high-end clubs in cities from Vegas to Miami and Singapore to Dubai.

San Diego is on that list as well. SJ Lighting designed Parq, Fluxx and F6ix, and is currently working on re-designs of the Gaslamp's Hard Rock, Side Bar and Don Chido. 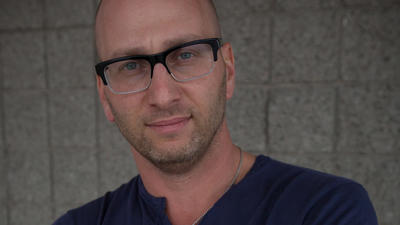 PACIFIC: Crazy to go from raves to this, right?

STEVE LIEBERMAN: The industry didn't even exist back then. It was, in every sense and essence of the word, an underground scene. Raves were about 95% illegal events in places like warehouses or under a bridge. That's what it took. But I really just had a key interest in nightlife. It had nothing to do with technology. I just stumbled upon that side and discovered I was good at it. When I found I had a knack for it, I was lucky enough to have friends and colleagues encouraging me, ones that gave me an extra push to keep pursuing it.

Was there a “turning point” gig that made you want to do it full time?

I started doing it straight out of college. And I was doing it in college. There was never another career path. It's always been this. And that's from the end of high school, through college, and after. I did have grand visions of being a nightclub owner in New York City at one time. And I did do something like the top 10% when I took my LSATs. But, I had a friend who worked for a lighting company that built nightclubs and did special events in New York where we grew up. He put me in contact with his employer and they offered me a job. It took me 11 months before I decided I could do it on my own. And I've been doing it on my own ever since. 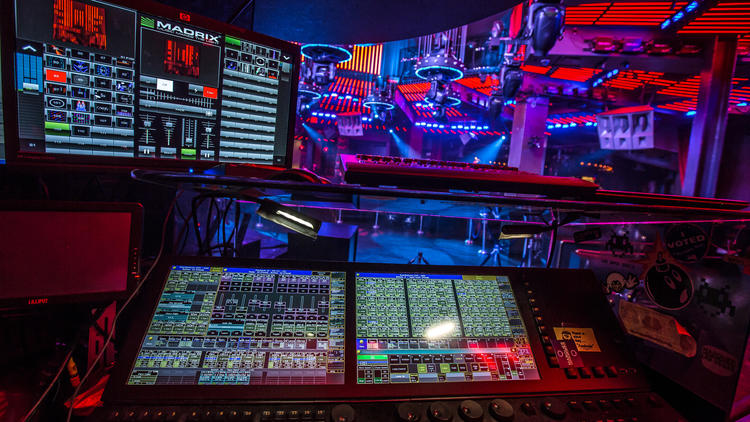 When I started my company, there was nothing. Even the rave scene was new, and doing those events didn't pay well, if you got paid. I barely had money for cab fare. I had a metro pass and rollerblades in a backpack. I would literally go knock on doors of bars and clubs during the day. Eventually, someone would open the door and go, “what do you want!” I'd say, “I can fix your lights, provide you lamps, gel the place, I can program, I can run it.” I'd tell them that I'd even sweep the floor if they needed me to. “Just give me some work!” And that's exactly what they did.

And now the industry has just exploded.

If you look at it over the past 10 years, and even if you take it back further to my day ones, the scale is exponential. If you put it on a chart, it'd almost point to the sky. It's been crazy.

How far out does the planning start for some of the bigger stages?

For a lot of the shows, it's not much more than three months out. But ideally, we'd like to get started 4, 5 or even six months before – at least what the design's going to look like. And it's not just us. There are vendors involved. We're trying to get a good price. We're trying to lock in the equipment. And if you take it to the next level, the sooner an event producer can get their hands on the design, the easier it is to purchase talent. And that, in turn, helps sell tickets. So earlier is better for everyone involved. 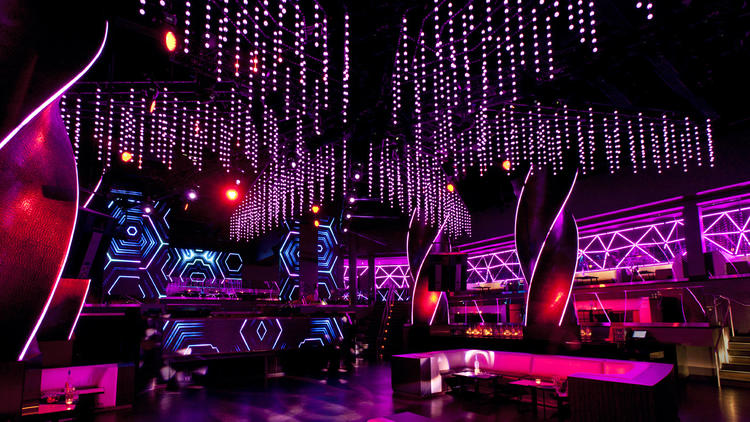 Can you talk about your work in San Diego?

Well, we designed Fluxx. And we designed Parq. And F6ix. Now, we're re-doing some of the hospitality properties at the Hard Rock. We're doing the pool deck, which is going to be called Float. And we're doing 207 on the street level. We're also re-doing Don Chido right now, the Mexican restaurant on Fifth, so that it will have more of a nightlife element. And we're re-designing Sidebar right now as well.

And that's all going on concurrently?

It is. But it's all the same client – RMD Group. And that makes it easy. Not only are those guys clients, but I consider them friends and family as well. We get along great. Working with them and coming down to San Diego is a real pleasure.

The geography of the Gaslamp is pretty awesome.

I've traveled extensively doing my trade, whether it's producing a festival or working on a nightclub somewhere, and the Gaslamp is one of the most special places in the world, really – when it comes to restaurants and nightlife. It's fantastic. It goes bar, restaurant, bar, restaurant, almost like it was planned out. You can just stagger-step and find almost any product you want. And it's all walkable. There's not much out there that's like it. It's one of my favorite cities in the world. Miami Beach is cool, but there's an air to it that's not as down to earth as San Diego.