How to be a lighting designer 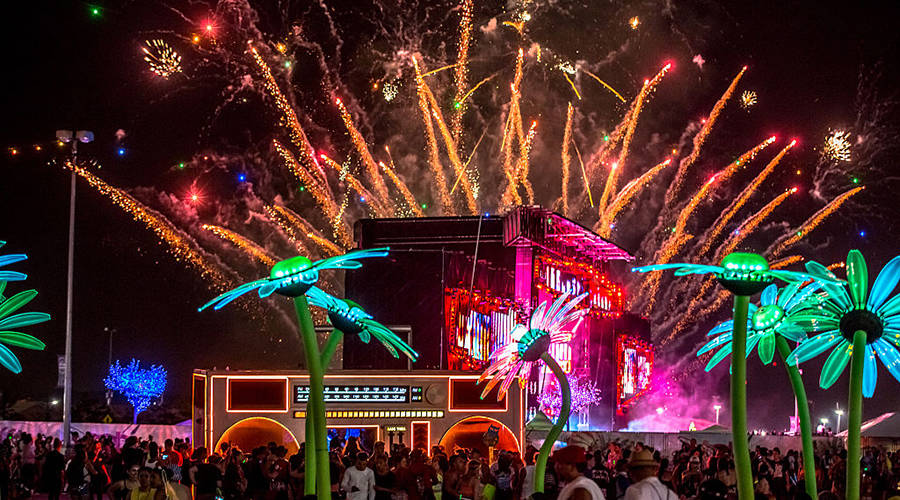 Everyone has a dream job growing up: doctor, vet, ice cream taste tester. But how do you actually get the gig? Marketplace Weekend is looking into how, with the occasional series, How to be a @hellip;

My name Steve Lieberman and I own a company called SJ lighting. We specialize in production design for music festivals, stage design and nightclub design.

Being a lighting designer means being a CAD craftsman [computer-aided design], a lighting designer, a video designer, production designer, network specialist, lighting programmer and software engineer. It kind of encompasses a little bit of everything. You almost have to be like the Renaissance man of the production world in order to fill the needs of these job requirements.

We've done everything from rock 'n' roll – years ago I programmed Jay-Z's "Black Album" tour, programmed for Green Day, Norah Jones – to large format, like Grammy events and the Governors Ball. But for the most part I've always found myself going back to things that were music related and I've always been an electronic dance music fan, so I've worked in nightclubs since 1987 @hellip; I have never left that environment. So here I am still doing nightclubs and working on what back then we called raves which are now music festivals: Coachella, Electric Daisy Carnival, Lollapalooza. I've been doing those for years.

I laugh because I always say that I got my job by capitalizing on bad decisions. I went to college, got a degree and then decided to go take a job that paid $20,000 a year. My first job, I worked for a company in New York City that built nightclubs and did special events. I did start doing light operation in nightclubs @hellip; so Webster Hall, Expo, The Mirage, and that slowly grew into something else.

I decided I wanted to be more of a designer and not just work inside a venue, so I started saying no to those jobs and really looking hard to figure out how to design venues and to design shows. Designing shows takes a lot of pre-preparation work. You have to have a broad understanding of the big picture, from the site plan, to obviously the budget and fiscal responsibility, and then artist riders, time constraints and available resources. Then on top of that there is a very delicate balance between engineering and science and the artistic vision and the creative side of it.

Being able to draw a pretty picture does not necessarily translate into something that can be built, and drawing a pretty picture that can that can be built in the United States doesn't necessarily mean it can be built in Brazil. You have to understand where you're working and what's available to you @hellip; that's how you develop the creative process. For me it's mental, so I'll start thinking about where I want to go, and then it's a sketch book. Then from the sketchbook it goes into the computer and then from the computer we start rendering and start modeling and it's an ongoing process.

I can tell you the skills that I have to be a lighting designer: obsessive compulsive neurotic is a good start. And you need what I call "the tudes." You need a good attitude, you need aptitude – so you need the skill set to do it – and you need fortitude. You have to really want to be there and be motivated to be involved.

There is something very amazing, magical, empowering, when you're standing at a console and there's thousands and thousands of people in front of you and you have control over that environment. Obviously we're not playing the music, but when you hit certain moments and the crowd lights up and hands go up in the air, it's electrifying.