Masterclass: Steve Lieberman of SJ Lighting On What it Takes to Step Up Your Festival Production 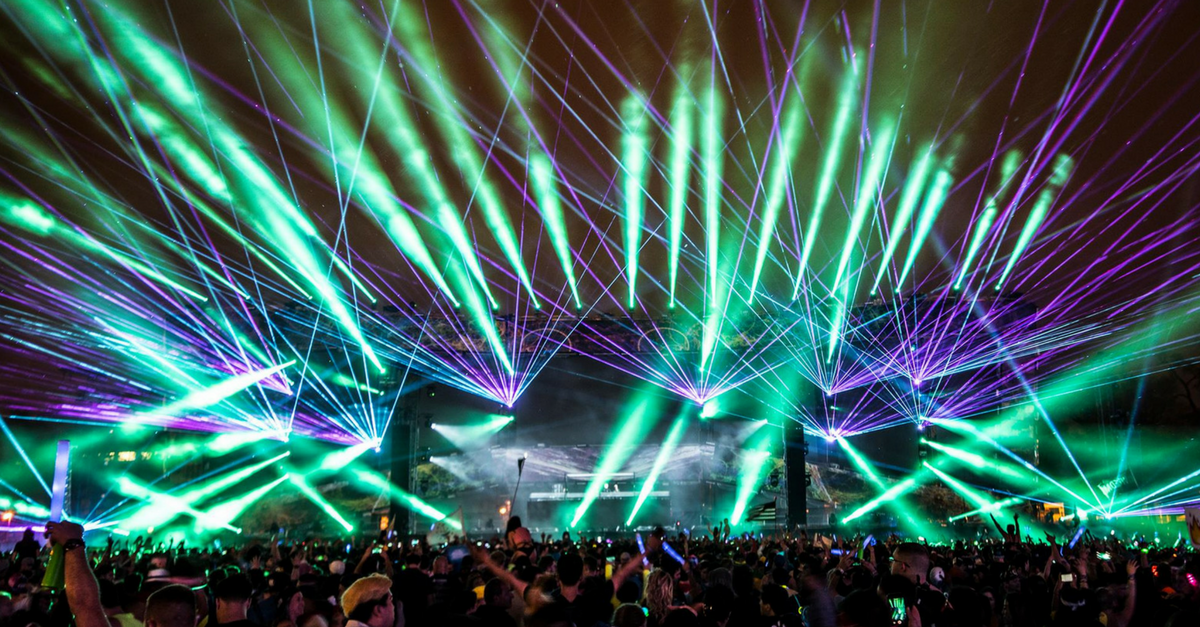 It's not enough to have a lineup and some beer anymore. People need to be blown away. The bar has continued to move higher over the last decade and one area that has accelerated, particularly in tandem with the rise of EDM, is lighting and stage production.

Having led the lighting design and production for some of the biggest US festivals, founder of SJ Lighting Steve Lieberman is arguably the most influential figure behind this shift, boasting over 20 years of lighting design experience under his belt.

From the flashy festival stages of Ultra Music Festival, Electric Daisy Carnival and Coachella to the vibe setting rigs of clubs like Vegas' Drai's Nightclub, XS, Marquee and LA's Sound and Exchange, Lieberman and his team have pioneered a new age of stage lighting and set industry standards for creating immersive designs for millions of people.

We caught up with Steve to get a quick rundown of key things to consider when putting together a production that will blow your fans away.

Start with the budget

For Lieberman, the biggest driving factor and first question to tackle is: "What's the budget?" When SJ Lighting is given a budget, they first start a spreadsheet that's in-line and done in tandem with their plan, updating it as they add to the design.

"If we put in 25 spot fixtures, we understand how much they cost—$150/unit, $250/unit—so if I put in 100 units, I have to understand that I just spent $15,000. If I've only been given $20,000, that doesn't make fiscal sense because I haven't thought of trucking, cabling, labor and any of the logistics that it takes to put this device up in the air," Steve explains. "So you gotta stay on top of it. Don't come up with this beautiful, rendered image of what you want to do and then back the price in afterwards, that's counterintuitive."

When working in a creative space, it's important to stay on your toes and keep new ideas flowing in. Working with new people with different experiences is a surefire way to get new outlooks and ideas in the mix.

"Every company has a different philosophy," he starts. "Some of them want inside people working on their projects, but I like exploring other designers and seeing other perspectives. I think people get pigeonholed when they have someone in their office…I don't think [they] can see outside of the box. When you have new blood coming in and taking a look, with experience, it's kind of refreshing."

Know your playground and visit the site

"I need to see exactly where the stages are going to go, and how it's going to fit," Steve explains. "What we normally do is we'll geolocate our stage in our drawing programs and our design software. We'll bring in a satellite photo and place that stage to scale where it's going to sit so we can identify right away how this thing is placing in the real world, and then we start designing from there."

As tempting as it may be to plan out your design digitally and remotely, Steve insists that there are too many factors in play to take any risks when using new sites and venues not to be completely attentive of what you're working with.

"Take Electric Daisy Carnival, for instance. The Circuit Grounds stage is a huge, huge environment. We need to make sure there's the right amount of distance for the fire lane behind the stage, and we know that even though you can't really see it in the satellite, that there's a fire hydrant sitting in the middle of the property that we need to make sure we don't have a tower sitting on!"

Design with reality in mind

Creativity and practicality don't always go hand-in-hand. You can think up a spectacular stage design, but without a realistic plan to back it up, it won't ever manifest to its full potential. Steve has run into these issues many times over the years and insists that a pragmatic approach to mapping out the creative vision will always benefit in the long term.

"Creativity is kind of limitless, so it's crucial to learn to balance your creativity with an engineering philosophy and protocol of production because I've seen people do drawings, where everything's just…hung by the hand of God," he laughs.

"You have to have an understanding—even if you're not an engineer, even if you're not a structure guy—you need to have some sort of concept knowing what is and isn't possible. Not go, ‘Well I need 75 circle trusses and…'—no, there's not even 75 circle trusses in the state! Where the hell am I supposed to get those in all their weird sizes? So you need to understand the available resources and apply them to your trade."

Steve's experience mapping out elaborate lighting and production for both festivals and permanent nightclubs is unrivalled in the United States, and that experience can save you money and a lot of headaches close to you festival's launch. With so much on the line and so many factors to consider when aiming for the perfect production, you shouldn't make it an afterthought.