Dance Into the Light: A Profile On Steve Lieberman of SJ Lighting 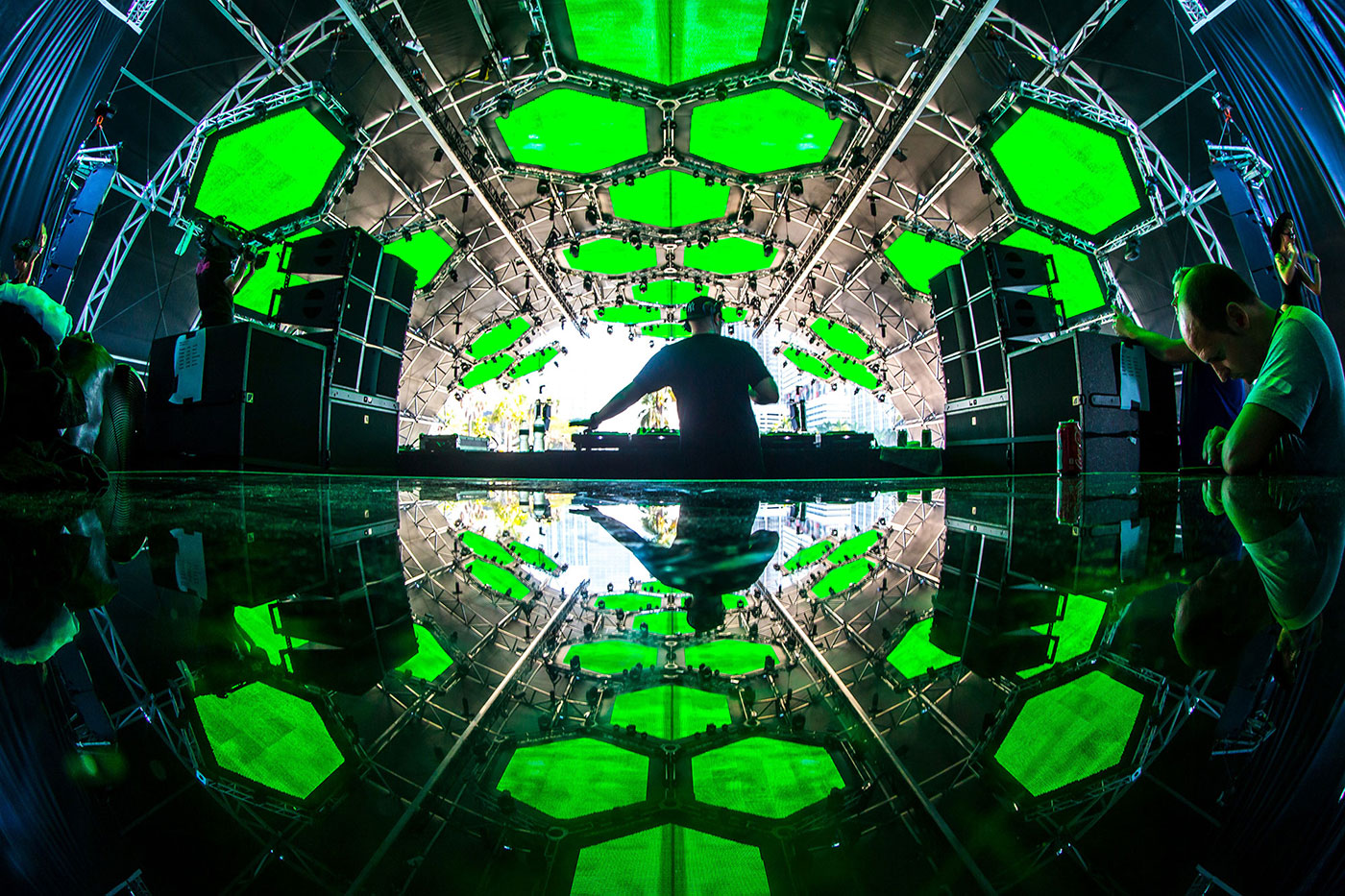 The electronic music Renaissance has opened up a new galaxy of professions in which the human mind can flourish. Beyond the performers on stage is a network of individuals who dedicate their lives to enhancing the audience's experience with no expectation of receiving credit for their work. One of these sensory Shamans is Steve Lieberman, the man behind one of the most famous and successful lighting design companies in the world, SJ Lighting. While the music alone can take its spectators to the stratosphere, the addition of lights takes us straight to space.

Lieberman has been dubbed "the man behind the lights," having dedicated over 22 years to his craft. Insomniac is one of his most loyal clients and he is responsible for the mind-melting light choreography for events such as Electric Daisy Carnival and Escape From Wonderland, just to name a few. In an interview with Lieberman, he spun the yarn of his colorful life tapestry, which began in the belly of New York's club scene in the 1990s. Though he began his career in the scene working menial jobs, it is here that he fell in love with the vivacity of the electronic music world.

As the underground rave culture began to populate the industrial bowels of New York, Lieberman quickly found his niche and began learning the behind-the-scenes trades of the rave culture which led him to the light. After conquering the New York scene, he and his then girlfriend (now wife) who is a Los Angeles native, decided to move west in search of more work and new opportunities. Before ending up in Los Angeles where SJ Lighting is now based, they had a brief stint in Arizona, working the electronic and rave scene until it was time to once again, move on.

When they finally settled in Los Angeles, Lieberman had found his home and soon founded SJ Lighting, an event production company that, with only four core members, has provided light design for Coachella (the Yuma tent), Electric Daisy Carnival, Escape From Wonderland, Ultra, The Veld, and designed (or redesigned) clubs like Vegas' Drai's, Life, Marquee, XS, Costa Mesa's Sutra and LA's Create, Sound, and Exchange.

Lieberman has not only established a name for himself in the EDM industry but he has humbly watched it grow from a clandestine rave scene to a mainstream culture. He began as most of us do, at the bottom, and rose to the top of his field all while retaining his gratitude and humility. Traveling the world from festival to festival, Lieberman takes in the collective human love for his work and the music with each event he attends.

While everyone faces the stage, he humbly stands behind the crowd in his engineering booth, sipping on libations and living his dream. The crowd's enjoyment is unspoken because it is felt. The pulsating electronic vibrations stimulate the physical and aural senses while the lights enhance these senses through visual stimulation. Everyone knows the name of the DJ who is performing but rarely do festival attendees and club goers stop to think of who is designing this mesmerizing light show. "There are three kinds of professions," explains Lieberman. "A job, a career, and a calling. I have definitely found my calling."