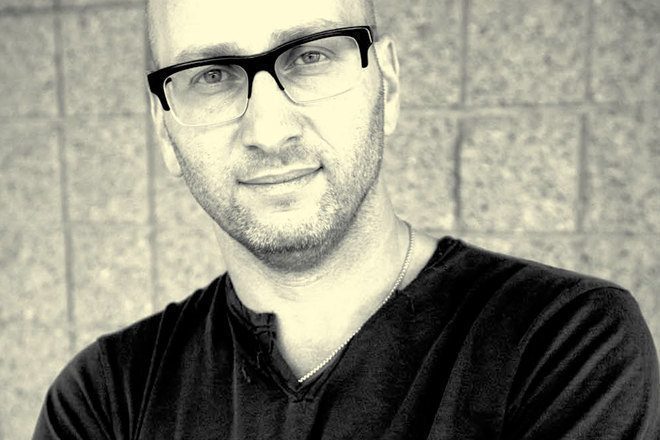 Steve Lieberman's SJ Lighting changed the rave landscape in the US, delivering the eye-popping stages at America's biggest EDM festivals including Ultra and Electronic Daisy Carnival and turning dance music into a spectacle to rival any other musical genre. The company also specialise in the video and light design for high-end nightclubs such as Las Vegas super-club XS's recent $10m refit. Mixmag caught up with Steve ahead of last month's Ultra Miami to talk logistics, attention to detail and raves in early-90s New York.

What does SJ Lighting do?

We specialise in designing and building theatrical systems for clubs as well as production design for festivals and stages. Our niche market is dance music, and we've worked with Ultra for 16 years and Insomniac – behind Electronic Daisy Carnival – for 15 years.

Do you have a warehouse and studio to design and construct your projects?

We have a workshop, studio and office a couple of miles from my house in Southern California. There's a 1,000 square foot warehouse and studio space where we do all our design and development work – pre-visualisation, modelling and drafting. We have just renovated XS at Encore in Vegas, and every piece of equipment that went into that space was prepared, tested, labelled and documented there.

So co-ordinating disciplines such as design, lighting and video is important?

It's the most important thing we do, and it can be daunting. Lighting, video and structure are integrated and have to come together as part of a bigger picture. We'll work with outside contractors who provide motors and structures, lighting and built-in video; we have to ensure it doesn't look like three separate entities pushed together.

How does that work with a festival like Ultra?

We'll work on seven stages at Ultra with multiple contractors and are in charge of co-ordinating the designs, so that's a lot of conference calls and keeping documentation in line – one change has a huge knock-on effect. I'm responsible for three stages: the main stage, the Carl Cox stage and Mid Park Arena. The main stage has multiple artists with multiple requirements, so our coordination has to be precise.

How much manpower will you have on site for Ultra?

Each of our departments, lighting, video and audio, has three people, so around nine or 10 people with headsets ready to go at any time. Then there are pyro-technics and laser crew, so front of house is a beehive. We are the co-ordinators so the vendors provide the technical people and we provide the overview, process, load in and load out.

How do you cope with overseeing so many details?

I'm an obsessive, compulsive, neurotic Jewish kid from New York – I'm literally twitching as we prepare for Ultra! Before that it's Beyond Wonderland, then we're on to EDC Vegas and Barbarella in Dominican Republic. We currently have 20 clubs under development, from entirely new venues to renovations – I'm off to Singapore tomorrow as we're designing a club in the colonial district.

Is there a distinction between nightclubs and festivals for you?

No, and for us that's the greatest piece of the puzzle. It keeps your skill-set sharp by not being pushed into one corner of the market – it means that in terms of skills you have a broader scope and reach. For example, building clubs gives me new perspectives on festivals, they feed into each other on many levels: music, production, technology and audience. And kids who go to all-ages festivals who can't go to a club – they are your clubbers of tomorrow.

How did you get into this?

My first nightlife job was serving soda and water at a teen night in 1987 when I was 15. We'd hang out with the DJ and help carry crates of records; I loved the social and creative environment. I grew up 15 miles from Manhattan; around 1990 the rave scene hit New York. I remember my first rave: we drove to a record shop to buy a ticket with a photocopied map on the back, drove to a supermarket car park, saw the Storm Rave flag and there was a huge warehouse with hundreds of kids in it. I thought 'holy shit!'. That was it. I'd been bitten by the bug.

Growing up, were you into lighting?

No; I was attracted to the dance music community first and foremost, and through that met a guy who did lighting and I worked with him while I was at college. During the summers I would load lights into my vehicle and help set up for a Moby show. When I was taking my law exams I had an epiphany: 'I hate school, why am I doing these exams?' So I got a job with a lighting company building the biggest clubs in New York. There's more to that story, but we need to sit in a pub and smash a few whiskys!

What advice would you give your younger self?

If I had to do it again I wouldn't do it any differently: I've done what I wanted to do, what felt right and what felt good. My buddies became stockbrokers and by 21 were earning $1m a year with a Ferrari in the garage. They'd say, 'What are you doing? Come work with us!' But for me it was never about the money. I lived by that philosophy – and for the first 15 years I didn't make a dime and struggled to pay my rent.