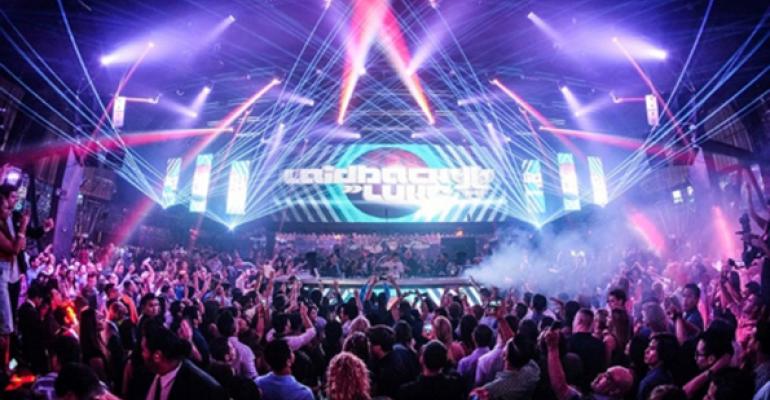 Life, a new mega-club at SLS Las Vegas Hotel and Casino (an SBE property), is housed in a 20,000sq-ft venue that was once the theatre at the former Sahara Hotel. This gives the venue a unique feature: a 60' ceiling where the old fly loft used to be, while the remaining ceiling height is closer to 35' throughout the club, which opened in August 2014.

Steve Lieberman of SJ Lighting points out that Life has a different philosophy than most venues. "It's not about creating another Vegas nightclub; it's about fostering a movement that rebels against the one-dimensional norm that has come to define nightlife," he says. The design immerses the audience in high-resolution video, automated lighting, and four high-powered, full-color laser systems built into the video treatment. In designing the systems, care was taken working with the folks from SBE on the look and flow of the room, as well as integrating the technology package into the architecture of the repurposed theatre, leaving room for the aerial rigging. "Every club is unique, and we wanted to make it look like a cohesive design," says Lieberman. In this case, the tiered seating echoes the stadium-style layout, with the DJ booth where the stage once was, motorized truss systems, and a large 10mm LED display on the back wall, with higher-resolution screens to the right and left. 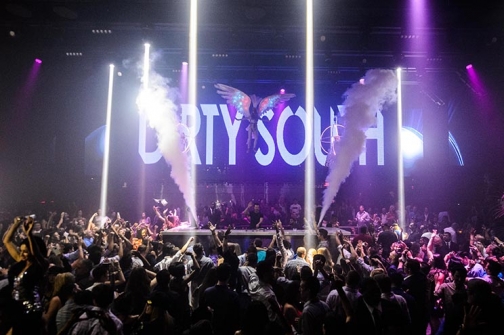 The rear video wall is semi-transparent and can fly in and out, with several layered trusses of moving lights, strobe lights, and audience blinders behind it. Over the main dance floor are multiple trusses with a full complement of theatrical lighting and effects. With more than 100 moving heads, the room shimmers with dynamic energy. Aerialists and performers fly through the air on automated hoists and catwalks, while moving video encompasses the walls of the room.

The back wall has three stacked trusses with Elation Platinum Beam 5R, Rayzor Washes, CuePix Blinders, and Protron LED strobes. There are six trusses overhead with the same fixture complement. Elation Event Bars line the top and bottom of the video walls, as well as the outside edges of the overhead trusses. "The beams and the washes are really the workhorses of the rig," says Aron Altmark of SJ Lighting. "The zoom range of the washes makes them a punchy, super-fast fixture for great effects, while the beams punch through even the video wall and make big aerial looks. However, the Event Bars also are a major player, since the fixture's multi-heads are able to produce a fantastic array of moving beams that fills the club." High End DL.Vs and DL.3 are used both for moving video projections over the dance floor and to wash the far wall of the club, where there are curtains hung that turn the entire wall into a big projection screen. 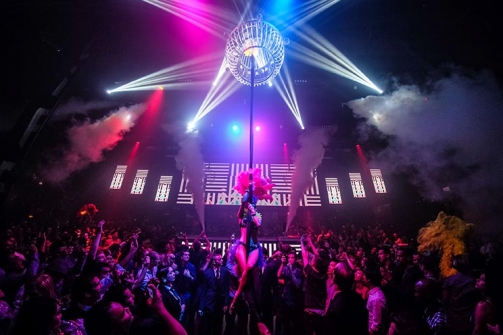