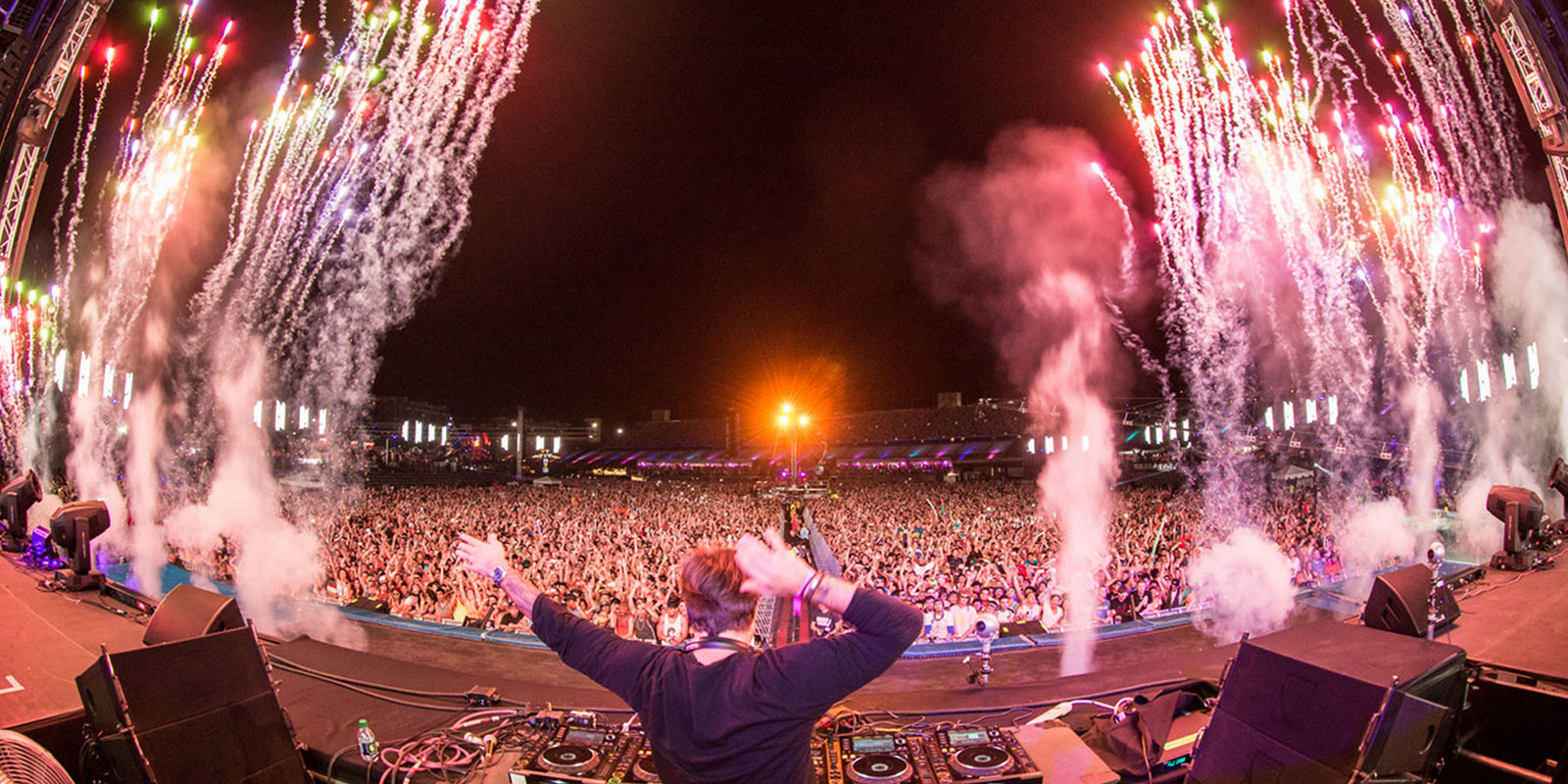 In Las Vegas, each stage had its own immersive lighting and video design. Mountain Productions returned to assemble the event's main stage at Kinetic Field – among the largest, if not the largest – temporary staging structures ever built in North America.

Cosmic Meadow had an impressive assembly of lighting, video and 3,340 linear feet of 20.5-inch and 12-inch truss.

Q-dance has come up with a jumbo-sized head-and-shoulders figure of a warrior that, in Las Vegas, included a forbidding array of shiny skull elements and metal blades slicing skyward from its shoulders and helmet.

EDC Las Vegas 2012 also expanded 2011's Discovery lounge into a stage of its own for up-and-comers, and returned with its Recharge Zone and cool lounges.

No Time for Napping

Opening three weeks after the inaugural EDC NY, Insomniac and Lieberman faced considerable challenges getting the sprawling EDC Vegas production lit. The lighting crew arrived only six days before the gates opened June 8. Much of the work had to be done at night. But if the temperatures were cooler, the winds also picked up, curtailing progress at 3 a.m. on the Wednesday before the festival opened.

While the risk of getting wet was lower in Las Vegas than in northern New Jersey, the high desert winds returned for Night Two of the event itself, forcing a delay, and eventual shut-down, of the scheduled performances on all stages. (Night Two tickets were honored on Night Three.)

Along with its ability to sell out well before opening day, the Electric Daisy Carnival is now accompanied by a music convention dubbed EDM Biz; it kicks off earlier in the week before the festival gets underway and offers producers, DJs and record labels a chance to meet for panel discussions and strategy sessions.