L4LM: Thank you very much for taking time to talk with us. Can you please tell us briefly a summary of you, your work and your career thus far?

SL: My first job in a nightclub was 1986... it was brief glimpse into my future which would eventually become a lifelong career of working in nightlife and production. Starting in 1995, I was done with college and moved to NYC where I worked in nightclubs and started doing production. I ran the lighting systems at night during club operation and had a full schedule. Back then the systems were far less complicated than what you see today. Intellabeams with LCD controller, dataflash, Lite-Lab relay systems were all common back then. This was the time that the lighting industry started to see big changes. Going from multiple small controllers, to large format lighting consoles began to make headway into the nightclub world. I worked in many clubs back then... Webster Hall, Mirage, Life, Expo, Twilo, Roxy, El Morroco... just about anywhere that would hire me... ranging from running the show, to fixing the equipment. whatever it took to make ends meet. Fast forward to 1998, I started a production company specializing in light shows for raves and clubs. We were busy... for nearly 3 years we had at least 1 show a week... and sometimes more. Fast forward again to 2000, I was hired by Ultra Music Festival (long before it was the worldwide show it is now). I've been doing work for them ever since (now 17+ years). Fast forward again to 2001, I started doing design work for Insomniac... shows like EDC, Nocturnal Wonderland and all their other brands... all the while designing nightclubs home and abroad... It's been an amazing journey so far and we haven't slowed down a bit.

L4LM: Tell us what goes behind planning a light show; how you decide what kinds of lights and colors and what inspires you.

SL: Every show is different; every installation is unique. In these environments; there is no script, no way of knowing what comes next. When I'm running a show, it is based on what feels appropriate... if there is a video element, it is critical that the content on screen and the lighting are coordinated... its art mixed with science... so the art is subjective... the science is objective... so there is a dichotomy that needs to be addressed... that's where having an understanding of production elements mixes with and understanding of "creating a show" comes into play.

L4LM: Can you tell us about the time or moment that made you realize the most that lighting for live shows was what you wanted to do?

SL: It's quite an amazing feeling having control of a system... knowing that you are participating in the energy of the moment... the ability to move a crowd... make them take a step back... inspire people... when you're standing in front of the console, it's powerful... like a drug... once you experience that... you'll always want to get back to that place. It's been nearly 23 years for me, and it never gets old. 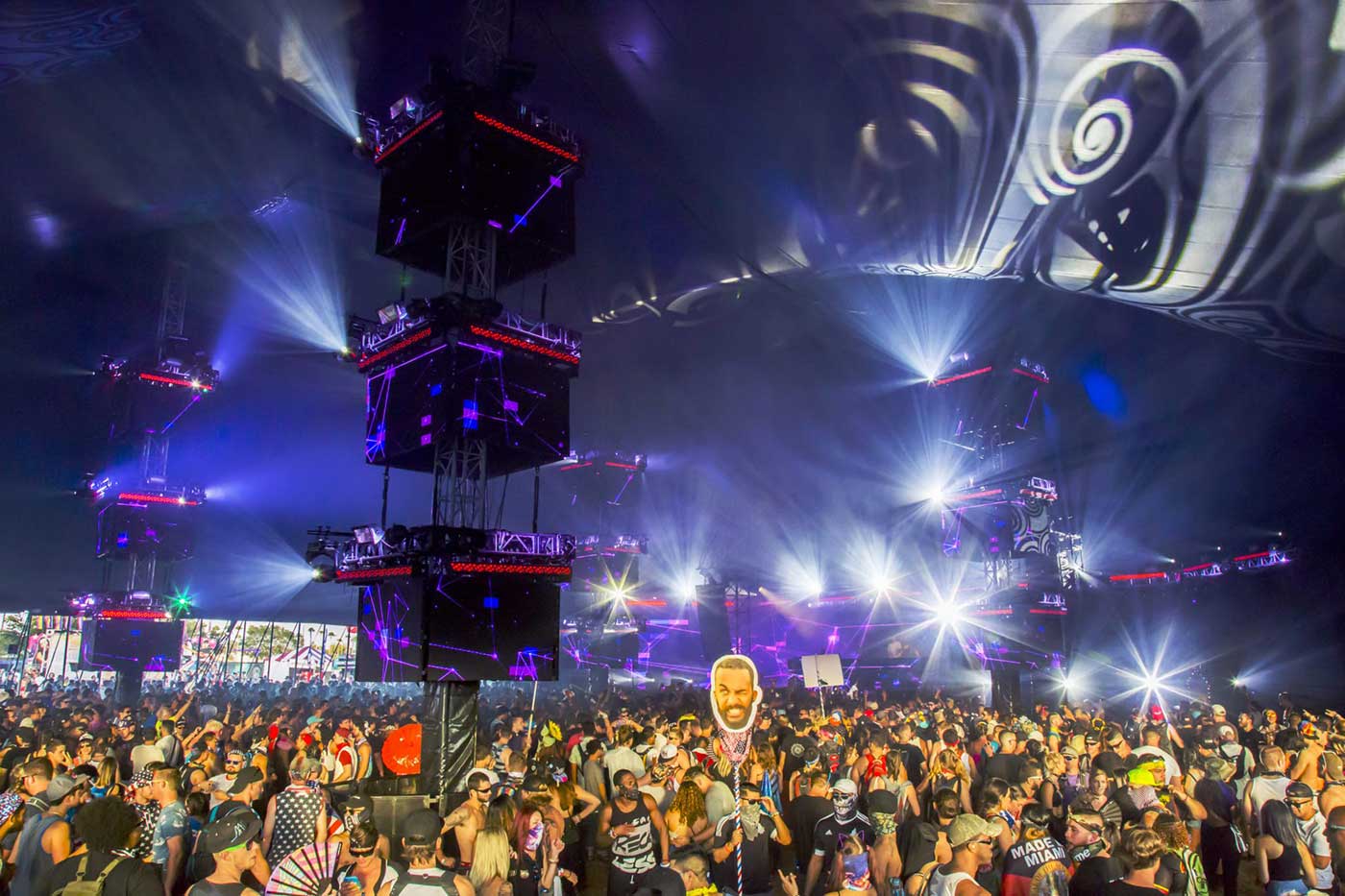 L4LM: Please tell our readers more about your company SJ Lighting- what kind of individuals work for you, how many people, anything interesting about your brand?

SL: SJ Lighting is the current incarnation of my career... my life's work... My wife is my business partner... she handles all things "non-lighting" related... and I stick to business development and design... Currently we have 3 full time employees... we are very much a family over here... The projects we have the opportunity to work on are far from boring... we are designing nightclubs, music festivals, tours... it's the ultimate creative environment. After this many years working with dance music related brands... we have developed a niche in the market. So, that said, we are known for the market segment... nightclubs and "raves" ... I wouldn't trade it for anything.

L4LM: What was something you enjoyed about your recent work we viewed at EDC Orlando 2016?

SL: EDC Orlando was a fantastic show... it's been great seeing the show grow over the years... and additionally raising the production level each time. The circuit grounds stage was a design that was based off the concept of EDC Las Vegas... Having the production "surround" the audience really increases the energy level. The music was fantastic and the team that put it together went the extra mile to ensure that everything was 100%.

L4LM: In your work process what keeps your creativity flowing and your mind inspired?

SL: This is something I've been asked many times over the years... SJ Lighting designs approximately 75 stages per year... in addition to approximately 10 or more nightclubs a year... coming up with new ideas can be challenging... Perspective would be the word I would use to keep things going... it's not just about the stage... its knowing your environment... on multiple levels... physically, mentally, emotionally... all of things come into play when designing something. Many times, my inspiration for a stage starts from something completely innocuous.... It could be a picture in a magazine... a cloud in the sky... an image on Instagram... keep your eyes and your mind open and you'll get some amazing ideas.

What about creating lighting do you feel you are most trying to create or communicate?

I want to evoke a response... I want the audience to feel it in their bones... something physical... tangible... when I push the handle up that turns the lights into your face... I want you step back... I want you to feel the heat... when I hit the drop at the exact moment with the music... I want the hair on the back of your neck to stand up. It's a symbiotic relationship... the lights, video, music and AUDIENCE... I want it feel right... like it makes sense.

L4LM: What is the next few shows we can look forward to seeing more of your work?

Shows: Dreamstate Socal, Dreamstate Mexico, Countdown, Factory 93, EDC Mexico... We are designing several new clubs as well... some of the recent ones that just opened are TIME in Costa Mesa and Nightingales in Hollywood. Hope to see you out there... we will be at the FOH control station... come say hi. 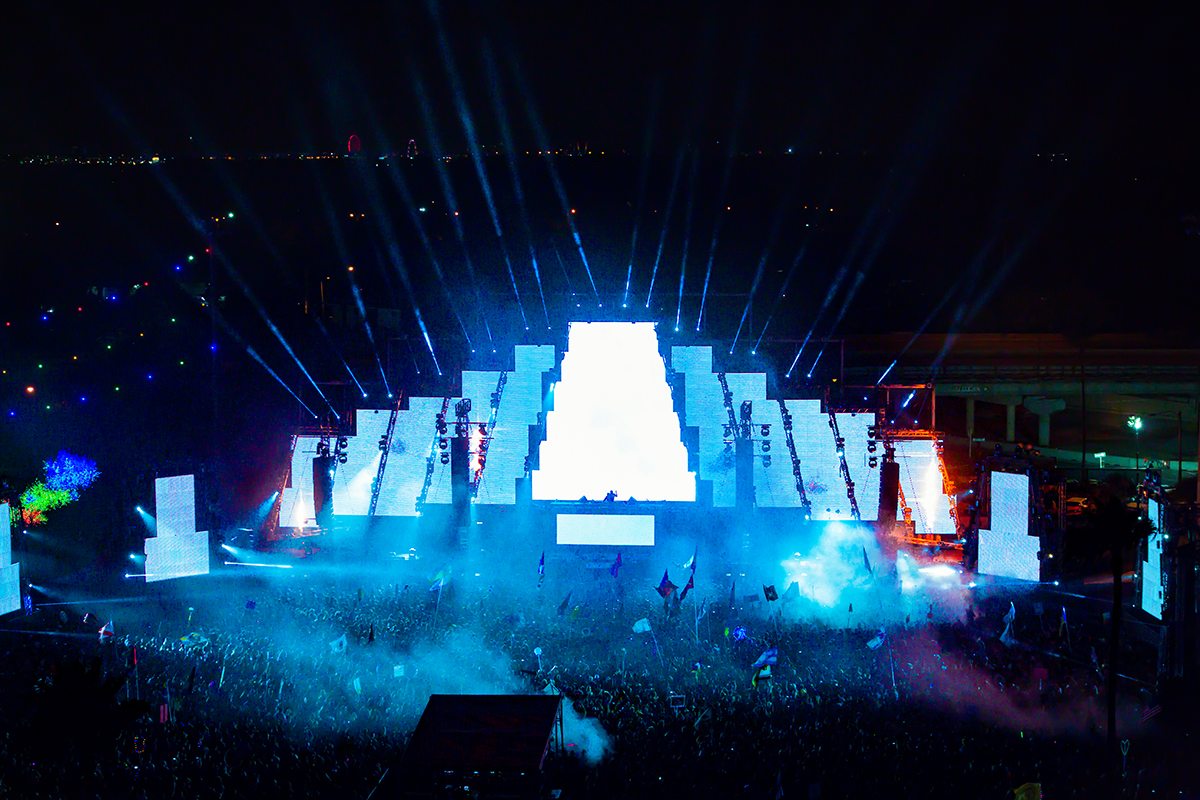